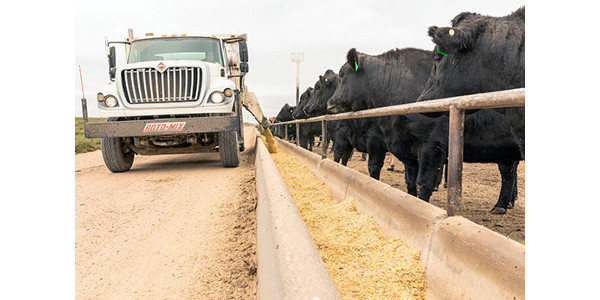 The October cattle on feed report was not all that friendly to a market that has been down this week. Cattle on feed and cattle sent to market in the month of September were at or near analyst expectations. However cattle placed into feed yards in September were well above the average analyst estimate. The large placements are likely a factor of dry conditions seen across much of the country. With limited winter grass and wheat pasture available lots more cattle are coming to town and headed for feedlots.

According to the USDA cattle and calves on feed for the slaughter market in the United States for feedlots with capacity of 1,000 or more head totaled 11.7 million head on October 1, 2020. The inventory was 4 percent above October 1, 2019. This is the highest October 1 inventory since the series began in 1996.

The inventory included 7.31 million steers and steer calves, up 6 percent from the previous year. This group accounted for 62 percent of the total inventory. Heifers and heifer calves accounted for 4.41 million head, down slightly from 2019.

Marketings of fed cattle during September totaled 1.85 million head, 6 percent above 2019. Other disappearance totaled 58,000 head during September, 2 percent below 2019.

Jerry Stowell, Country Futures, breaks down the report and gives his thoughts on what this means for the cattle market: