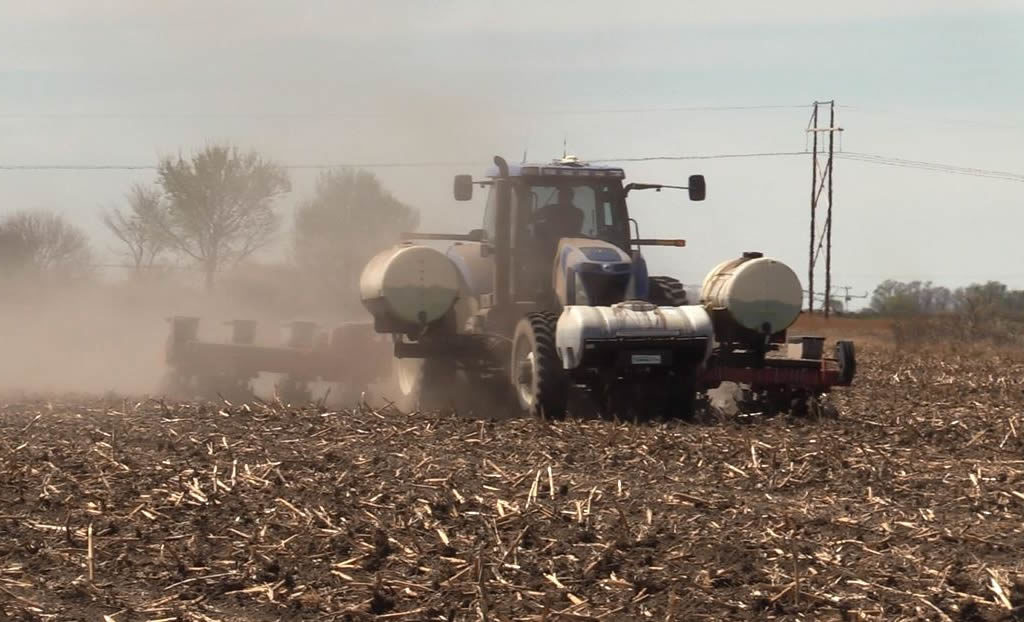 As farmers make plans to return to their fields for spring planting, Cuming County Public Power District urges farm workers to be particularly alert to the dangers of working near overhead power lines. Electricity is one of the most overlooked, yet deadly hazards of working on a farm. According to the National Safety Council, farmers are at an increased risk for electrocution and electric shock injury compared to non-farmers. In fact, 3.6 percent of youth under the age of 20 who work and/or live around farms are killed each year from electrocution. CCPPD urges workers to evaluate farm activities and work practices and to share that information with others – an activity that doesn’t take a lot of time but can literally save lives. By following a few safety rules, these tragic accidents can be prevented. Start by making sure everyone knows to maintain a minimum 10-foot clearance from the lines.

“The minimum 10-foot distance is a 360-degree rule – below, to the side and above lines,” says Willy Anderson, Safety Director at Cuming County PPD. “Many farm electrical accidents involving power lines happen when loading or preparing to transport equipment to fields, or while performing maintenance or repairs on farm machinery near lines. It can be difficult to estimate distance and sometimes a power line is closer than it looks. A spotter or someone with a broader view can help.”

Listen to the interview with Willy Anderson here:

The most common source of electric shocks come from operating machinery such as large tractors with front loaders, portable grain augers, fold-up cultivators, sprayers with large booms, moving grain elevators and any equipment with an antenna. Handling long items such as irrigation pipe, ladders and rods also pose the risk of contact with power lines. Coming too close to a power line while working is dangerous because electricity can arc, or “jump,” to conducting material or objects.

Be aware of increased height when loading and transporting tractors on trailer beds. Many tractors are now equipped with radios and communications systems that have very tall antennas extending from the cab that could make contact with power lines. Avoid raising the arms of planters, cultivators or truck beds near power lines and never attempt to raise or move a power line to clear a path.

Remember, non-metallic materials such as lumber, tree limbs, tires, ropes and hay will conduct electricity depending on dampness, dust and dirt contamination. Do not try to clear storm-damage debris and limbs near power lines or fallen lines.

Overhead electric wires aren’t the only electrical contact that can result in a serious incident. Pole guy wires, used to stabilize utility poles, are grounded. However, when one of the guy wires is broken it can cause an electric current disruption. This can make those neutral wires anything but harmless. If you hit a guy wire and break it, call CCPPD to fix it. Don’t do it yourself. When dealing with electrical poles and wires, always call CCPPD.

Even the best laid plans often go awry and CCPPD wants farm workers to be prepared if their equipment does come in contact with power lines.

“It’s almost always best to stay in the cab and call for help,” Anderson said. “If the power line is energized and you step outside, your body becomes the path to the ground and electrocution is the result. Even if a line has landed on the ground, there is still potential for the area to be energized. Warn others who may be nearby to stay away and wait until the electric utility arrives to make sure power to the line is cut off.”

Cuming County Public Power District does provide solutions for leaving the cab if necessary, as in the case of fire or electrical fire.

Once you get away from the equipment, never attempt to get back on or even touch the equipment. Many electrocutions occur when operators try to return to the equipment before the power has been shut off.

Managers should make sure workers are educated on these precautions and danger areas need to be thoroughly identified and labeled. Call CCPPD or your local utility to measure line height– no one should attempt this on their own without professional assistance. Designate preplanned routes that avoid hazard areas and educate other workers on their location.

Farmers may want to consider moving or burying power lines around buildings or busy pathways where many farm activities take place. If planning a new out-building or farm structure, contact CCPPD for information on minimum safe clearances from overhead and underground power lines. And if you plan to dig beyond normal tilling, activities such as deep-ripping or sub-soiling, call 811 to mark underground utilities first.

For more electrical safety information, visit www.ccppd.com or call the CCPPD office at 402-372-2463.