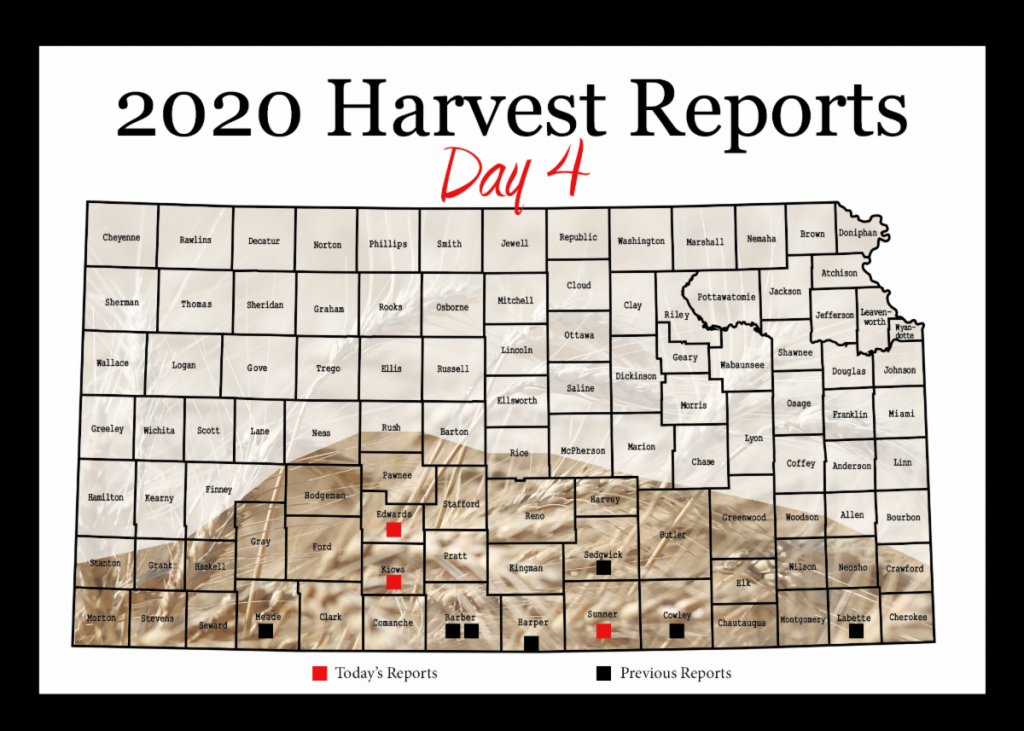 Wheat harvest has been progressing quickly in Kansas’ southern counties and is moving farther north every day. Test weights and yields have been good in most locations. Weather forecasts for Thursday evening through Saturday are calling for chances of rain and thunderstorms, which could put a halt to harvest for a few days.

Rusty Morehead from Progressive Ag in Wellington in Sumner County reports that wheat harvest began on June 6. They are around 65-70% finished and expect to be complete within the next week. Yields are averaging around 55 bushels per acre, and most of the fields have big, full wheat heads. The average protein is 10%, but some is as high as 11-12%. Average test weight is 63 pounds per bushel.

Bryce Ackerman from Offerle Coop Grain & Supply Co. in Edwards County reports that harvest began June 12 in Bucklin and their northern areas started the following day. Progress is rolling smoothly, but rain in the forecast Thursday could slow it down. Yields are averaging 50-60 bushels per acre this year, as expected, but that is not better than last year. Proteins have been variable, ranging from 9% to as high as 13%, with the overall average in the 10s. Test weights are great, averaging 62 to 64 pounds per bushel.