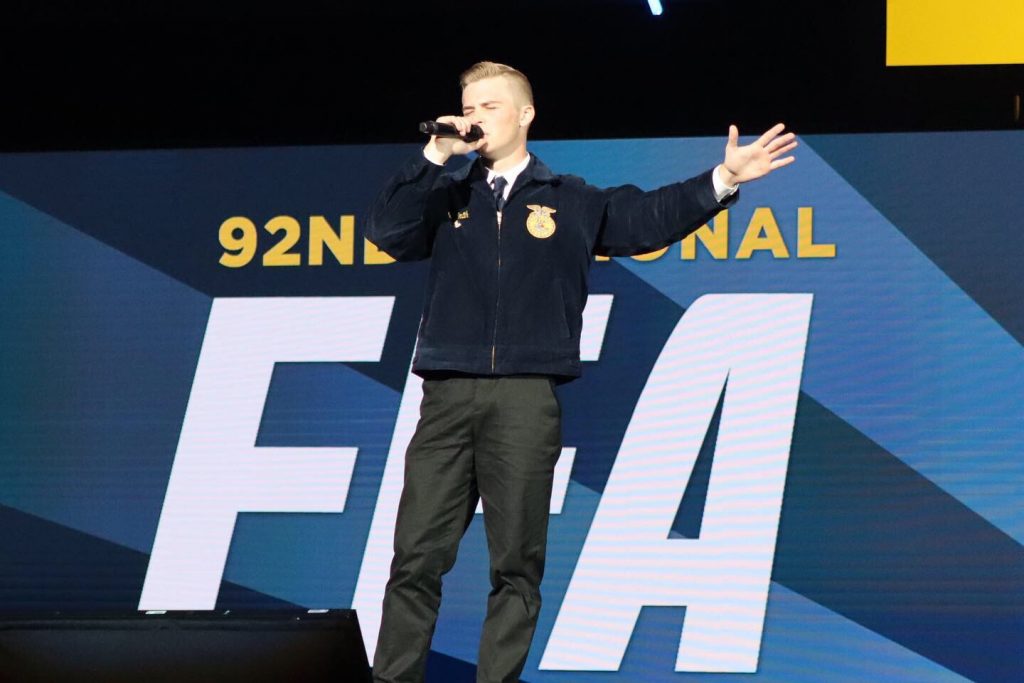 A Kentucky FFA member is striking a chord with his listeners during social distancing while making a big name for himself.

Sam L. Smith is a Christian country recording artist and a member of the Montgomery County FFA Chapter in Kentucky. He recently released ‘Blue Jackets’, which is a song about the National FFA Organization.

‘Blue Jackets’ tells the story of FFA members and their role in the agriculture industry.

“I did it for all the FFA members,” said Smith.

During the 92nd National FFA Convention and Expo in Indianapolis, Indiana, Smith competed in the FFA Talent Contest and advanced to the final three in the nation. His success in the competition inspired him to write a song about the organization.

‘Blue Jackets’ is Smith’s most recent release. His other music can be found on iTunes, Spotify and YouTube.

Sam L. Smith covering The King himself George Strait with the hit song “Check Yes or No”