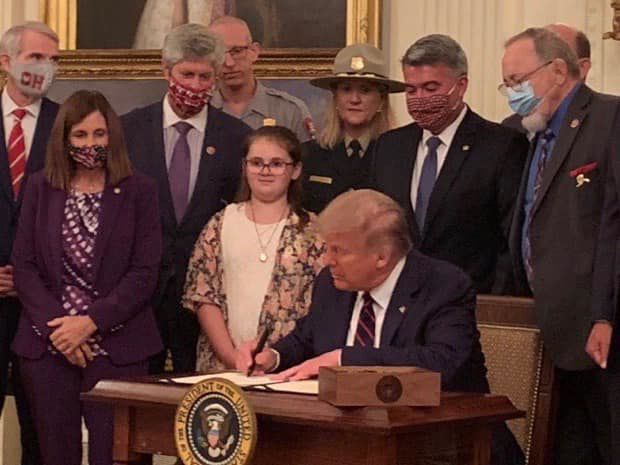 On Wednesday morning of this week, in the elegant East Room of the White House, beneath a portrait of Teddy Roosevelt, the most significant advancement in community conservation in decades, the Great American Outdoors Act, was signed into law.  It could not have come at a better time, as persons in this time of COVID shift urban travel plans for refuge in national parks and other public lands, and as the neighborhood park becomes again a center of activity for families with children unable to enjoy organized sports, summer camp, or in-person schooling.

The core of the Great American Outdoors Act is about our national park system and what is called the Land and Water Conservation Fund.  Our national parks, precious ecosystems, public lands and monuments represent the majestic serenity, vastness, and openness of America.  They reflect who we are as a people and our longing to protect what is beautiful and memorable.  The upkeep of these special sites and facilities, however, has not kept pace with their popularity.  The Great American Outdoors Act enhances our inspiring national parks and other public lands, allowing us to preserve this natural heritage for generations to come.

Second, the Great American Outdoors Act makes permanent the Land and Water Conservation Fund (LWCF).  The LWCF is one of those federal programs that you might not know about, let alone the critical role it plays in maintaining city parks, baseball fields, wetlands, and hundreds of other projects.  It also helps protect national parks, national wildlife refuges, national forests, wild and scenic river corridors, national scenic and historic trails, Civil War battlefields, and other federal and local areas.  The LWCF has enjoyed more than a half-century of bipartisan support and has been used in every state and county to create outdoor recreational opportunity.

In the House Appropriations Committee on which I serve, we have worked year in and year out to string along the LWCF.  With the Great American Outdoors Act, that fund is now secure, supporting tens of thousands of jobs as we modernize and rebuild our natural resource infrastructure.

As Nebraskans, we understand that conservation has a deeper nuance, a values proposition––it’s about stewardship of land, protection of wild spaces, and preservation of unique, irreplaceable ecosystems.  President Theodore Roosevelt once said: “There are no words that can tell the hidden spirit of the wilderness, that can reveal its mystery, its melancholy, and its charm.  The nation behaves well if it treats the natural resources as assets which it must turn over to the next generation increased and not impaired in value.”

As a perennial reminder of the bill’s significance, the Interior Secretary has designated August 4 as Great American Outdoors Day.  On this day, every year, entrance fees for all national parks and public lands will be waived.

I am so pleased that this groundbreaking bill passed Congress with strong bipartisan support.  It wasn’t easy, but it’s now the law of the land.  The Great American Outdoors Act represents the best of America and the great things we can accomplish if we work together for what is beautiful and good. 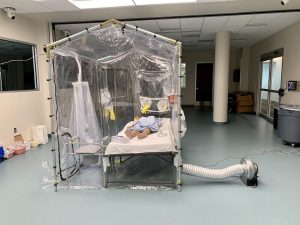 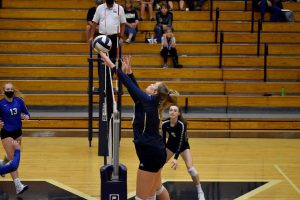