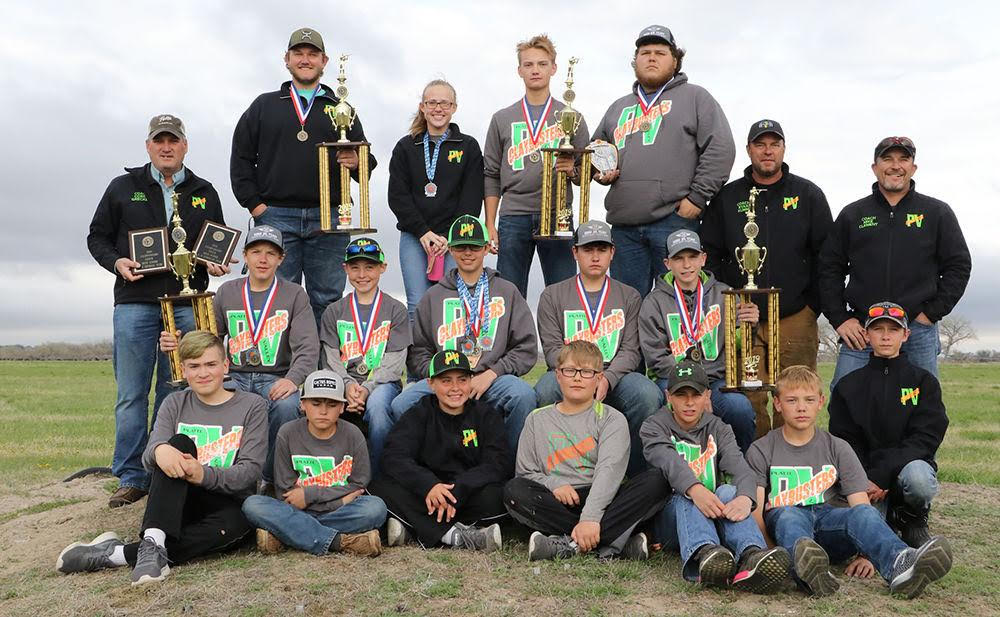 The Platte Valley Claybuster 4-H Shotgun Sports club participated in the  50th Anniversary of the Cornhusker Youth Trapshoot May 2-4, in Doniphan Neb.

The Platte Valley Claybuster Junior team placed first overall in the 4-H division with a team score of 453 out of 500.

The Platte Valley Claybuster Senior 4- H Team won first place in team handicap event, which requires the shooter to shoot at a distance further away from the 16-yard line with a team score of 340/375. Senior Championship team members include Jeremy Cripps, Blake Greckel, Chase Krzyzewski, Hunter Howe, and Jerrod Fulk. The Senior Team also won the Overall 4-H division Championship with a 691/750, and Hunter Howe was recognized as one of the top five overall shooters, placing fourth in each event of singles, handicap and overall. This senior team tied for third in the Singles event with a 351/375. Corey Greckel and Trevor Evans coached the Senior Team.

TheThe Cornhusker youth shoot is organized by the Nebraska Game and Parks and allows trapshooters in both school division and 4-H division to compete in the sport of trapshooting with over 800 junior shooters and over 1,700 senior shooters.

The team would like to thank all its supporters and business partners for the contributions in the program.
For more information on trapshooting or the 4-H Club of Platte Valley Claybusters, contact Ryan Kumm at 308-631-2781.