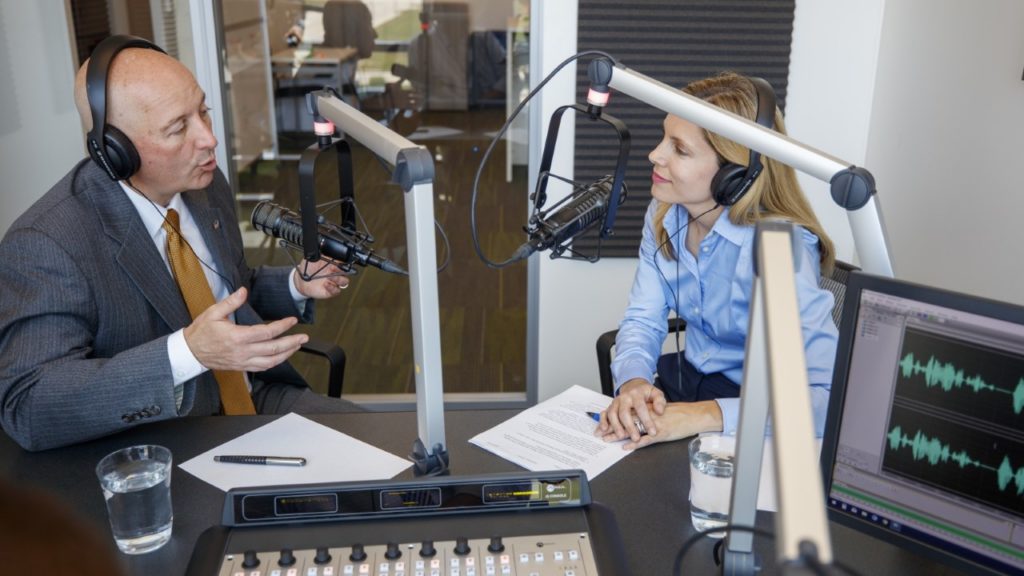 Trade Matters, a podcast launched last year that aims to help listeners understand the role of international trade in their lives and communities, is kicking off 2020 with a new batch of episodes.

Trade Matters, a podcast launched last year that aims to help listeners understand the role of international trade in their lives and communities, is kicking off 2020 with a new batch of episodes.

The first episode of 2020, which was released earlier this month, focuses on U.S. leadership and the U.S.-China phase one deal. Jill O’Donnell, director of the Clayton Yeutter Institute for International Trade and Finance and host of Trade Matters, interviewed Andrea Durkin, the editor-in-chief of the online publication Trade Vistas. O’Donnell and Durkin discussed what this deal means for U.S. agriculture, among other topics.

The next episode of 2020, to be released Feb. 18, will feature Michael Plummer, professor of international economics at the Johns Hopkins School of Advanced International Studies. The episode will cover topics including economic integration in Asia and dynamics in Asia that Plummer thinks deserve more attention from the United States.

Future episodes will explore U.S.-EU trade issues, U.S. trade with India, what trade data can and cannot tell us, and more.

“The forces and institutions that make international trade possible tend to operate in the background of our lives; they aren’t always visible or tangible,” said O’Donnell.

O’Donnell hopes that the podcast can demystify global supply chains, new technologies and the rise of new economic powers – such as China – that have put pressure on an international trading system built for a different era.

“The Trade Matters podcast brings these dynamics into focus, and my hope is that it helps make trade relatable,” O’Donnell said.

O’Donnell has served as the director of the Yeutter Institute since its inception in July of 2018. She began her international policy career in Washington, D.C., serving on the legislative staff of U.S. Senator Chuck Hagel, and since then has gained extensive international experience across the public, private and non-profit sectors.

The vision of University of Nebraska–Lincoln alumnus and renowned trade expert Clayton Yeutter, the Yeutter Institute connects academic disciplines related to law, business and agriculture to prepare students for leadership roles in international trade and finance, support interdisciplinary research and increase public understanding of these issues.

Podcast episodes are released biweekly on several podcast platforms including iTunes, Spotify, and Stitcher or at  https://yeutter-institute.unl.edu/.