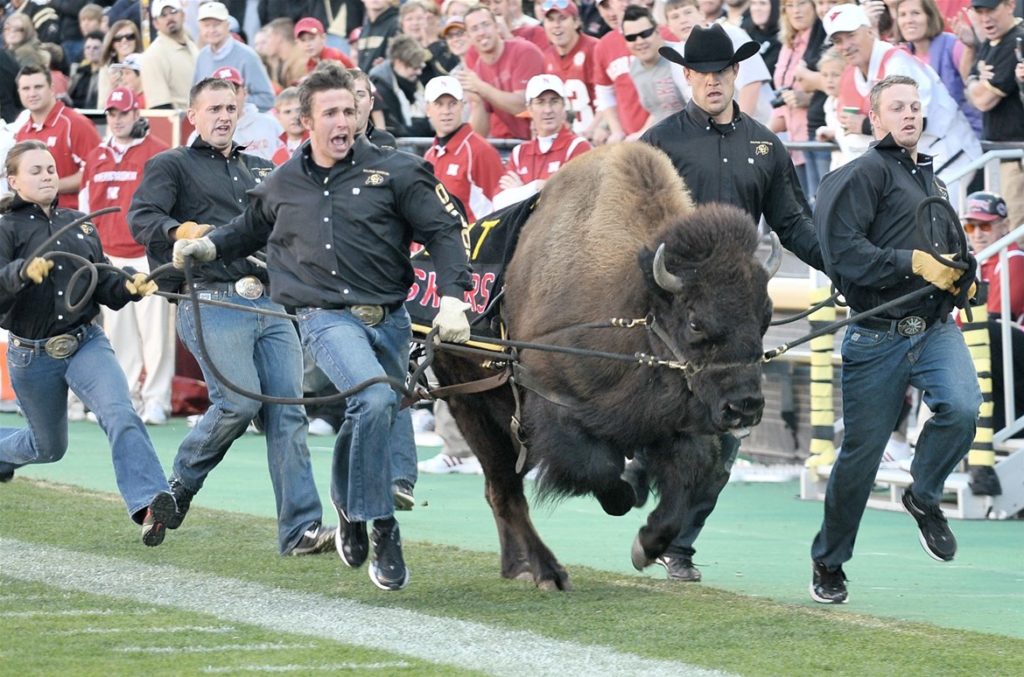 BOULDER, Colo. (AP) — The University of Colorado at Boulder has announced that the school’s live buffalo mascot Ralphie V will retire.

The Daily Camera reports Tuesday’s announcement came after the 13-year-old buffalo did not lead the football team onto Folsom Field in the last two games. The university has not yet found a replacement.

University officials say Ralphie V is in great health and receives regular check-ups but was not showing the same consistency as in previous years. They cited safety concerns for her and her handlers.

Ralphie V, who came to the university in 2007 and led the team in 76 games, will live on a ranch alongside a companion buffalo.

She is the fifth buffalo in the Ralphie program, which launched in 1967.

Whether Releasing or Keeping, Handle Fish With Care.