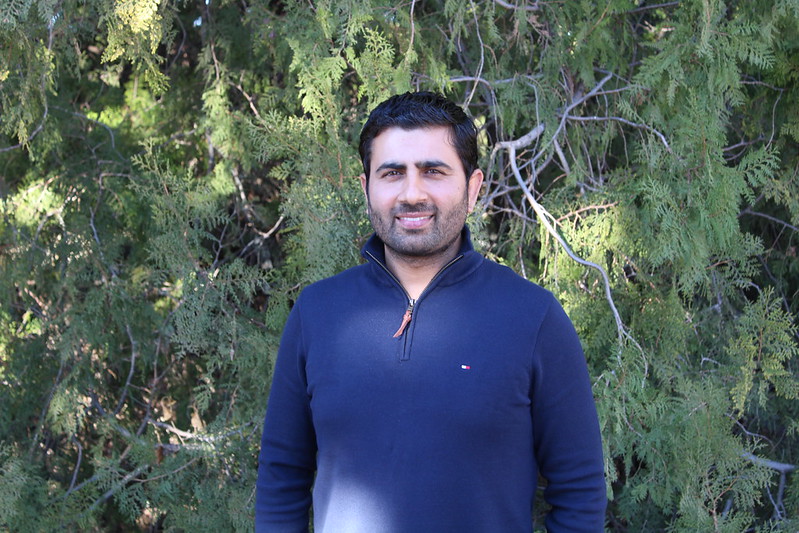 Vipan Kumar, an assistant professor of weed science, received the Young Scientist award during the NCWSS annual meeting, which was held online this year.

The award honors a weed scientist working in the public sector who has made outstanding contributions to the field within 10 years after receiving a terminal degree. While the award has been given since 1990, Kumar is just the sixth young scientist to have received the award in the previous decade, and the 21st in the history of the award.

“It is a humbling experience and I do feel honored and excited,” said Kumar, a native of the Punjab state in northwestern India. “This recognition also brings a sense of more responsibility to contribute further to weed science and the farming community.”

Since beginning work at the Agricultural Research Center in 2017, Kumar has secured more than $2.7 million in extramural grants and contracts to conduct research, which includes many weed-related topics but specifically focuses on herbicide-resistant Palmer amaranth and kochia – two aggressive weeds that steal water and nutrients in Kansas cropping systems.

In 2019, Kumar’s research team confirmed the first report on a strain of Palmer amaranth in central Kansas that resists the 2,4-D herbicide, one of the most commonly used broadleaf weed killers.

An avid scholar, he has published 44 peer-reviewed scientific articles, 23 extension/technical bulletins and 114 abstracts in conference proceedings, and delivered several invited presentations in various grower, commodity and industry meetings. Earlier in 2020, he also received an Outstanding Reviewer award from the Weed Science Society of America; and Outstanding Weed Scientist-Early Career award from the Western Society of Weed Science.

Though his appointment with K-State is for 100% research, he has also contributed to the university’s extension mission by hosting and participating in numerous educational programs for growers in Kansas. Those include the annual Weed Management Field Day, Crop Pest Management Schools, Weed Schools and Multi-State weed research groups for mitigating herbicide resistance in the Great Plains region.

“These awards motivate me day to day and further encourage me to give my best in helping Kansas growers with weed-related issues,” Kumar said.

More information about weed science and other programs at the K-State Agricultural Research Center in Hays is available online.