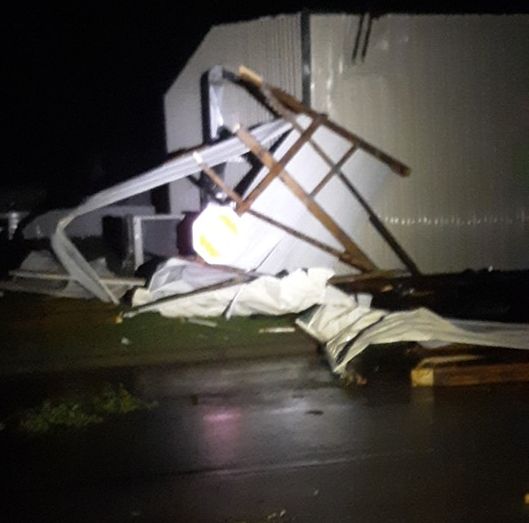 Cozad residents are cleaning up after winds from a thunderstorm caused damages. Mayor Marcus Kloepping said city crews were out around 12:30am Monday morning and that most of the streets had been cleared of debris.

Mayor Kloepping also reports that the swimming pool was significantly damaged and will be closed for the rest of the season. He said it was a tough call but, that most of the pool lounge chairs are shattered, the fence is leaned over, the pump shut off last night and the pool is filled with debris and trash. He apologized for the inconvenience but, said they wanted their teams focusing on our community members and not our pool.

Dawson Public Power District reported logging around 260 outage reports mostly in rural Cozad and the area west of Kearney. Shortly before 8:00am Monday DPPD had a 60 customers yet to be restored.