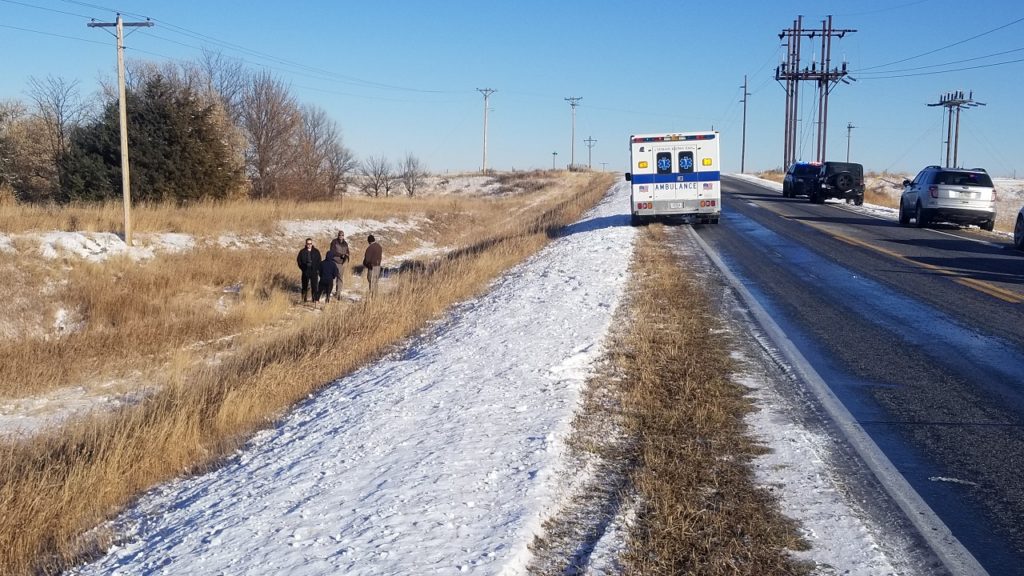 Scotts Bluff County authorities are investigating the death of a 59-year-old woman following an auto accident that left her vehicle in a deep ravine about 3 miles east of Lyman.

Sheriff Mark Overman says his office received a report around 9 a.m. Monday morning of a Lyman woman who had been missing since leaving work in Morrill around 10:30 p.m. Sunday night.

Overman says deputies were searching for hours, with investigators eventually learning the woman did send a text to a roommate in the early hours of Monday in which she said she had wrecked her car and was in a swamp. The roommate was asleep and didn’t see the message immediately, according to Overman, and said she called law enforcement to see if any accidents had been reported and there were none.

Overman says all cell phone activity ended shortly after 3 a.m., but during the investigation officers were able to get a general location to search from  cellular service providers, and then asked for assistance from Airlink. “It did not take them (AirLink) long to find this vehicle that’s in a drain, and it’s absolutely not visible from the road. I mean, we’re standing on the side of the road probably within a hundred feet of the vehicle, and we can’t see it,” said Overman. “Without that aircraft, it would have been a while before anybody found this vehicle.”

Overman says the accident just west of the intersection of East Lyman Road and County Road 6  apparently took place before snow fell overnight, as there were no tire tracks visible for Deputies and National Park Service Rangers to see.

He tells us there’s no reason at this point to suspect foul play, however the cause of the woman’s death remains under investigation. Overman says it’s unclear whether the woman died from injuries, exposure, some other cause or combination of factors.

The woman’s identity is being withheld pending notification of relatives, and an autopsy has been ordered.

The Nebraska State Patrol and Lyman Fire also responded to the scene.