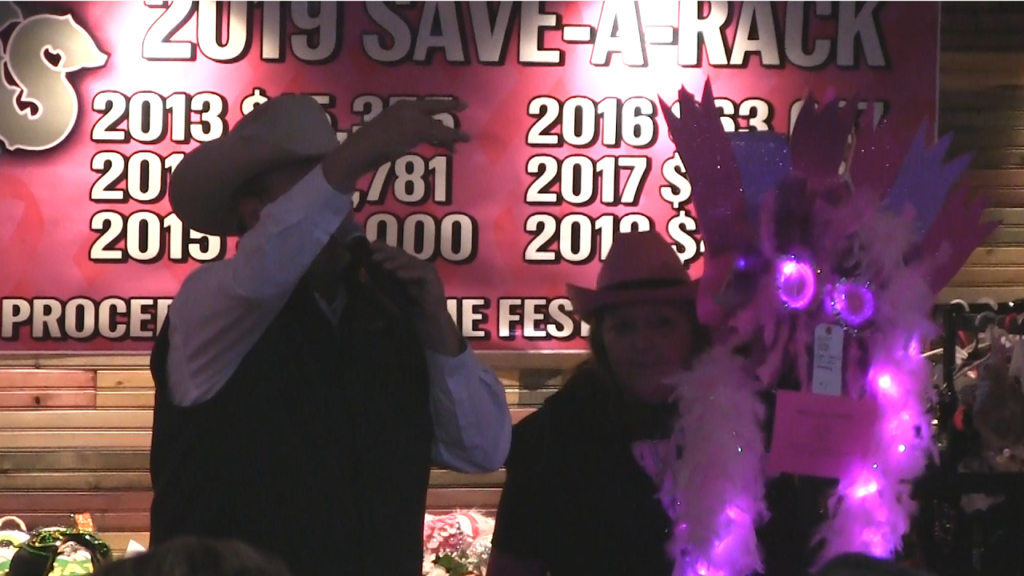 About $32,000 was raised Wednesday night during the 7th annual Save A Rack bra auction in Scottsbluff.

A crowd of approximately 200 was on hand as 62 bras decorated in a variety of themes and materials were auctioned off at Backaracks to the benefit of those fighting cancer.

Dr. Vince Bjorling with Festival of Hope tells KNEB News the support from the community over the years has been been very gratifying. “People really do come out to help out those people affected by cancer. It’s such a common disease overall, we’re all affected, we all know somebody (impacted), so this is a way that people can help,” says Dr. Bjorling. “The other thing that has impressed me though the years is those people who have needed help, they turn around, pay it forward and help out again.”

A good number of the bras brought in $500 each, several approach the $1,000 mark and many were sold more than once as the initial buyers put them up for another round of bidding. A stone pink ribbon necklace was the most popular item, bringing in a bid of $1,300, with 2 additional auction items plus T-Shirts, bracelets, cookies, and 50/50 raffle tickets contributing to the total.

The Traveling Trophy for Best Decorated Bra went to Regional West Medical Center Interventional Radiology who made a Mermaid bra.

The money is used by Festival of Hope to help those fighting cancer pay for expenses not related to their treatment, with this year’s effort bringing the total raised by the event over 7 years to approximately $294,000.