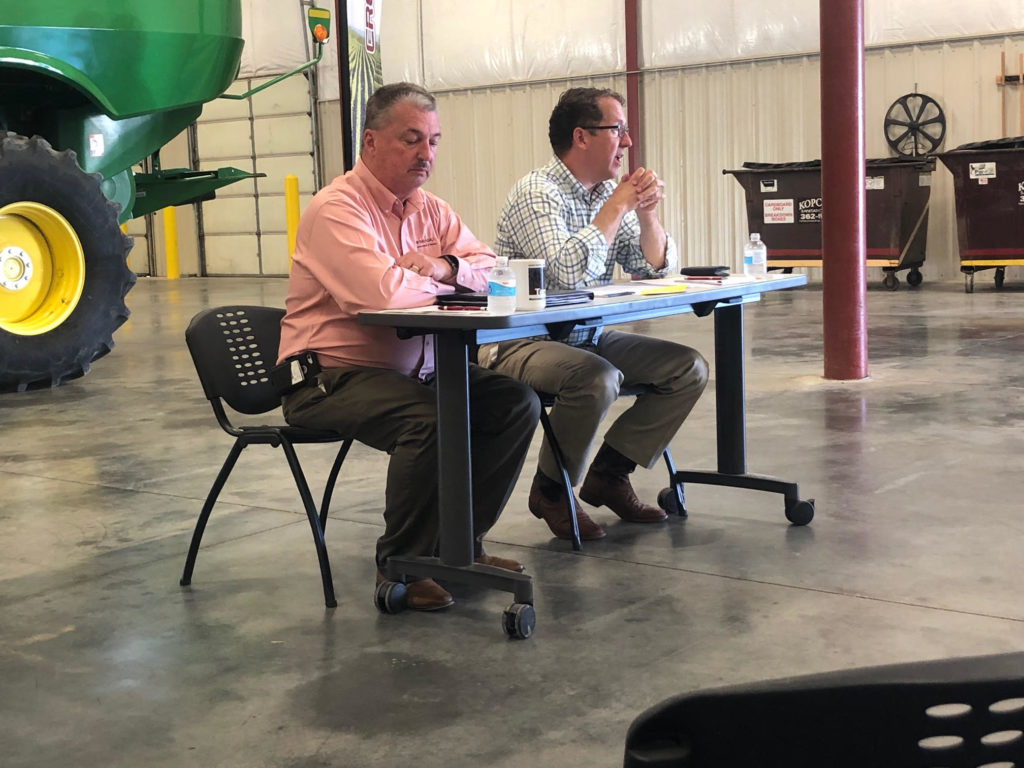 YORK-  Congressman Adrian Smith was in York today (Wednesday) for the Ag Update tour. A number of topics were discussed with Congressman Smith and Jim Macy, Director of the Nebraska Department of Environmental Quality. But the main discussion was about trade and the effects on the nation and agriculture. Smith did address the trade situation with China stating they will need to get the USMCA done and that China will have to make a change.

Smith also said that when China wanted to be in the WTO, the hope was they would play differently, but they haven’t. He added that Wal-Mart’s presence in Japan has made a positive impact as well.