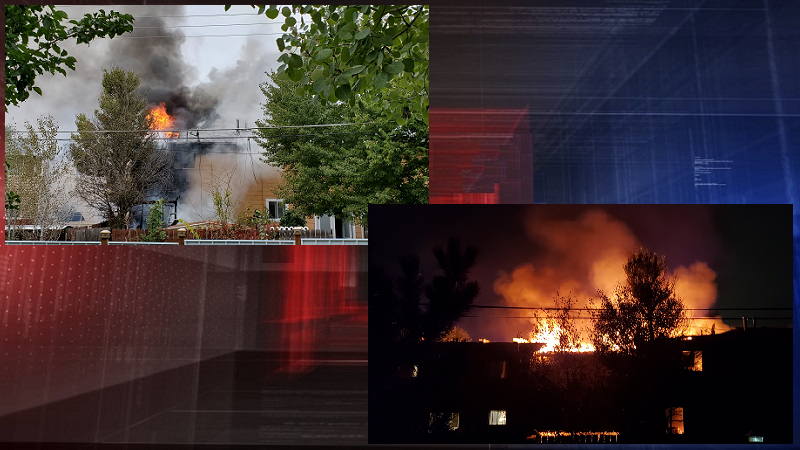 KTWO Radio in Casper reports the family of four was unaware their house was burning but soon made it out along with their three pets.
Sheriff’s officials say airmen first class Christopher Horton and Christian Reid of the 790th Missile Security Forces Squadron helped control a hydrant while a firefighter used a water hose.