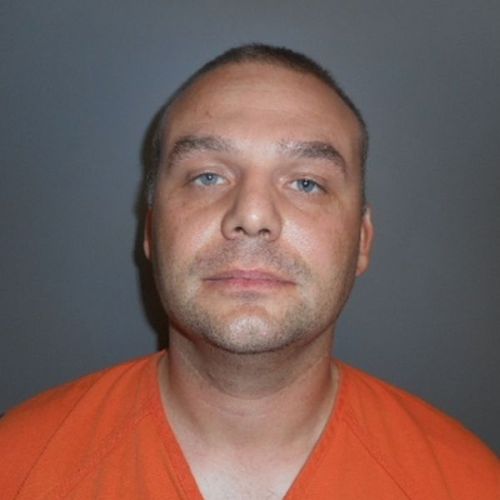 Lincoln, Neb. — United States Attorney Joe Kelly announced that Richard L. Gathercole, 41, formerly of Roundup, Montana, was sentenced today in Lincoln, Nebraska, to 35 years in prison by Senior United States District Judge Richard G. Kopf, for bank robbery, brandishing a firearm and carjacking. In addition to his prison sentence, Gathercole will be ordered to serve 5 years on federal supervised release and pay restitution in the amount of $392,392.06 to the numerous victims of his crime spree.

Gathercole was one of the most wanted bank robbers in the nation when his criminal career ended in a string of violent crimes that he committed in western Nebraska and northern Kansas in June, 2017. He was ultimately arrested in Lexington, Nebraska after carjacking a farmer in Kansas.

Gathercole was known as the “AK Bandit,” because he went armed with an AK-47 assault-style rifle to each of his bank robberies. Early in his crime spree, he hit several banks in California and was believed to be from that area of the country. In a particularly violent bank robbery in California, he shot an officer with the Chino Police Department, and that bullet struck his artery. The officer had to drive himself to the hospital bleeding from that artery and was unable to return to duty due to a shattered femur bone.

Gathercole used maximum threats of violence to control bank employees. On top of brandishing the AK-47 style weapon, he often used tactics such as shutting them in the bank vault, threatening to kill them, and he sometimes would also take an explosive device to place the employees in fear that the bomb could go off inside the bank. Gathercole did this at a bank robbery in Iowa in 2015. Gathercole robbed a bank in Nebraska City, Nebraska in 2014, and during that bank robbery, he forced the employees into the vault and threatened to harm them if they did not wait a certain period of time before calling police.

In addition to the bank robberies in California, Nebraska, and Iowa in 2014 and 2015, Gathercole also used his assault rifle to rob banks in Washington and Idaho in 2012. Gathercole would sometimes wear a bullet proof vest that was marked “Sheriff” or “Police.” A bullet proof vest with “Sheriff” on it was recovered from the defendant’s residence in Montana following his arrest after the carjacking.

In June of 2017, Gathercole left Montana and traveled through Nebraska before a Kansas Highway Patrolman noticed several irregularities with Gathercole’s vehicle and a traffic violation, and attempted to stop the vehicle. Gathercole led troopers on a high-speed pursuit while repeatedly firing a weapon at them. Due to the danger of the pursuit, troopers were forced to leave more space between themselves and Gathercole, which led to the troopers losing sight of him.

Gathercole ditched his vehicle after the shootout with Kansas troopers and began walking where a farmer offered him a ride outside of Atwood, Kansas. Gathercole got into the truck and pointed a gun at the victim and forced him to drive toward the Nebraska state line. Eventually, the driver was able to escape and Gathercole continued in the vehicle. When stopping for gas in Lexingon, Nebraska the vehicle was identified by deputy sheriffs as the vehicle that was the subject of the carjacking report and Gathercole was taken into custody as he exited the gas station.

This case was investigated by the Federal Bureau of Investigation along with law enforcement agencies in Nebraska, Kansas, Washington, Iowa, California, Idaho, and Montana.