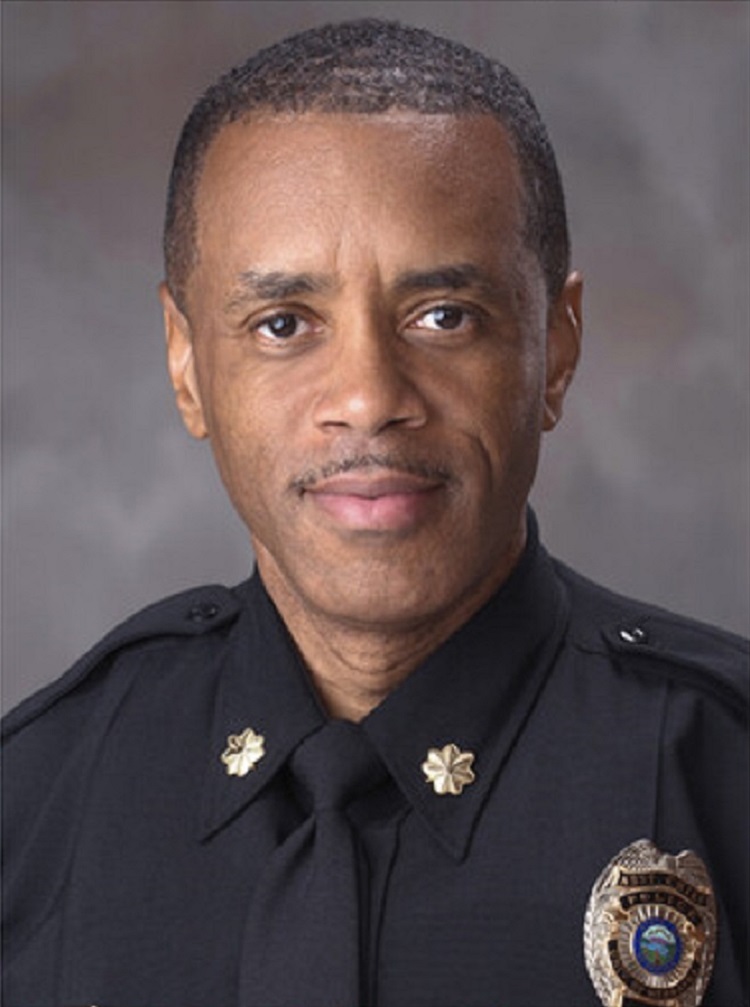 The University of Nebraska–Lincoln has selected Hassan Ramzah to serve as its next chief of police. To listen to a podcast of Chief Ramzah’s interview with Brandon Benitz, click the link to the right.

Ramzah’s appointment was announced July 14 by Bill Nunez, vice chancellor for business and finance. Selected through a national search, Ramzah is the first Black chief of police in the more than 90-year history of the University Police Department.

“Hassan is a proven leader who has helped our police department grow and thrive, expanding officer training and building positive engagement across the university community,” Nunez said. “His approach to policing, which focuses on building community, is ideal in our university setting where every person and every interaction matters. I look forward to the department’s continued excellence with Hassan as our chief of police.”

Since joining the University of Nebraska–Lincoln, Ramzah has helped lead the police department toward a guardian model. The objective of this approach is to create outreach efforts that foster engagement and build partnerships with the community.

Ramzah practiced this community-focused approach in his 26 years with the Wichita Police Department in Wichita, Kansas. His successes in that work included helping form an after-school program that kept children engaged in positive, supervised activities.

“It’s a philosophy that’s perfectly suited to a campus environment where you have multiple opportunities to collaborate on things like safety initiatives,” Ramzah said. “And, rather than focusing strictly on enforcement, it allows our department to promote a secure environment while helping educate students in the co-production of community safety.”

To date, the community policing model has forged connections across campus, including dedicated liaisons who work with the university child care center, students in residence halls, and Fraternity and Sorority Life. It also led to the creation of the Citizens Police Academy, a multi-week program that allows students, faculty and staff to learn policing procedures through presentations and hands-on situations.

Under Ramzah’s leadership, the university police department has completed an external review of its entire operation, increased mental health and implicit bias training for officers, and is expanding representation on its Police Advisory Board.

“As a university police department, we are dedicated to building positive working relationships with our campus community that result in meaningful and lasting interactions,” Ramzah said. “I am honored for the opportunity to continue that work as chief and build upon the positive momentum within the department.”

In his law enforcement career, Ramzah has held the rank of officer, detective, sergeant, lieutenant, captain and deputy chief. Prior to becoming a police officer, he served six years active duty in the U.S. Army.

Ramzah holds a bachelor’s and master’s degree in business administration. He is pursuing a doctorate in educational studies leadership and higher education. He is also a graduate of the Federal Bureau of Investigation’s National Academy.

The national search for the new police chief was led by Laurie Bellows, interim vice chancellor for student affairs.

The university’s chief of police reports to and serves on the leadership team of the vice chancellor for business and finance. The chief serves a vital role in leading the university police department and guiding safety, security and success on campus.

The chief promotes a safe, secure and inclusive environment while overseeing operations and strategic planning of all police functions.