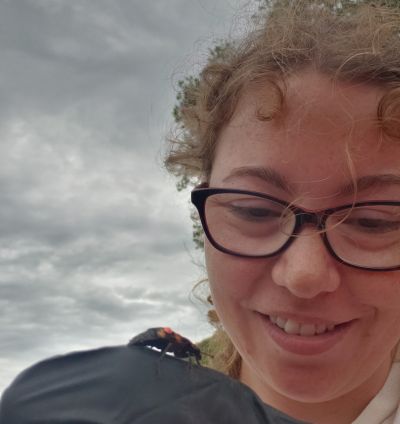 Curtis, Neb. — Alison Ludwig,  a UNL agronomy and horticulture graduate student is assisting the Nebraska Game and Parks Commission with research she’s doing on the endangered American Burying Beetle in the Loess  Canyons of Nebraska.  According to  a University of Nebraska-Lincoln news release,  Ludwig  is studying a “nocturnal insect that survives on dead animals, works hard to build a home for its family and shares child care with its mate until its offspring can fend for themselves.”

Ludwig says, “my research is centered in the Loess Canyons of Nebraska, which is a stretch of land south of I-80 that goes from North Platte, all the way to Curtis, and it’s a really unique landscape, it’s actually a biologically unique landscape here in Nebraska…I’m studying the endangered American Burying Beetle, they’re in that landscape and I’m also studying soil and vegetative characteristics on burn units…. trying to kind of relate management actions to this endangered species.”

For several evenings in August,  Ludwig  helped  Game & Parks by placing carrion in buckets in the ground, checking the buckets the next morning for the beetles, counting and tagging them them and releasing them…

Ludwig  says the beetles used to inhabit the eastern half of the United States, but now they live mainly in Nebraska, Oklahoma and isolated pockets of land, such as a remote island in the Atlantic. Ludwig says the rarity of the beetles is part of what drives the need for research on them.

According to the UNL news release, Ludwig’s  research interest is broader, looking at how the spread of red cedars and other land uses may also affect the beetles. After she earns her master’s degree, Ludwig plans to continue a career path in ecology, primarily working with wildfires and prescribed burns.