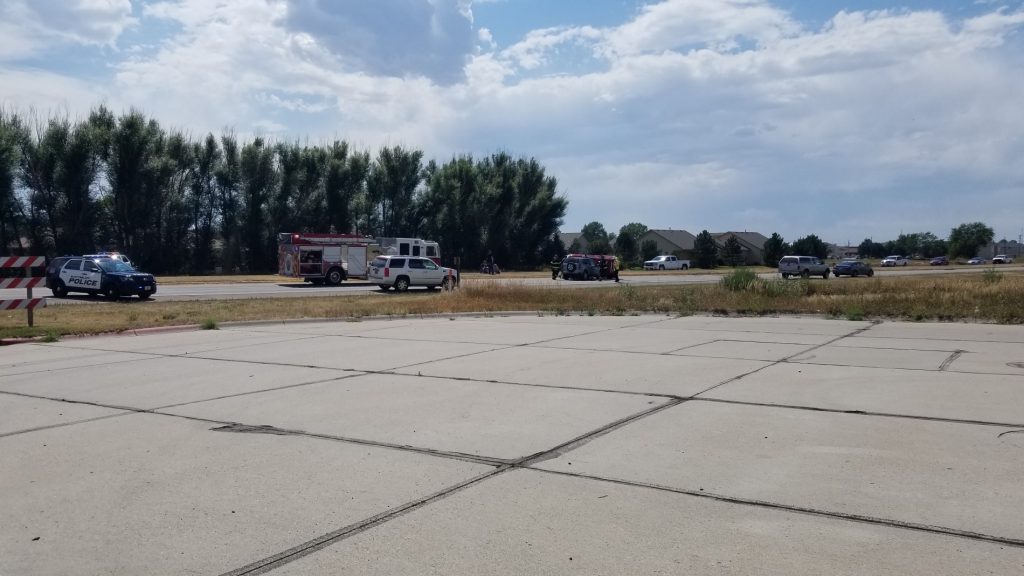 Two people suffered serious but non-life threatening injuries in a Tuesday afternoon rollover crash on the west edge of Scottsbluff.

According to Scottsbluff Police, officers responded shortly before 2:15 p.m.  to a report of an injury accident involving a rolled over vehicle on Highway 26 between Avenue B and Avenue I.
Upon arriving, officers found two vehicles involved in a crash with one on its side. The rolled vehicle was a red 2001 Ford Escape, and the other vehicle was a silver 2005 Toyota RAV4.
The investigation showed the driver of the 2001 Escape lost control while traveling eastbound on Highway 26 and  over-corrected, causing a “fishtail” motion. Upon contacting the raised median during the fishtailing, the 2001 Escape rolled and landed on its side as it sild into the westbound lanes, at which time the 2005 Toyota crashed into the roof of the 2001 Escape.
The driver of the 2001 Escape became trapped and execration was needed to remove him. Both drivers were transported to the Hospital for serious, but non-life threatening injuries and remained there for observation through the night.
Both vehicles were totaled and required towing from the scene. Highway 26 was blocked for just over an hour.
Scottsbluff Fire and Valley Ambulance also responded to the crash scene.
© 2020 Nebraska Rural Radio Association. All rights reserved. Republishing, rebroadcasting, rewriting, redistributing prohibited. Copyright Information
Share: