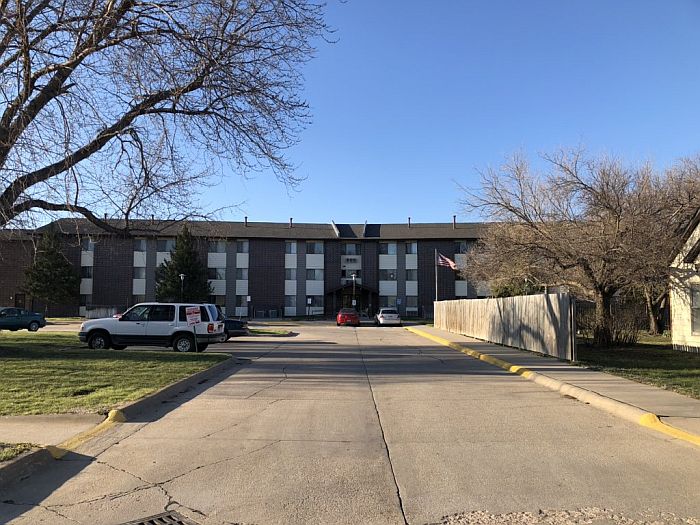 :
Officers with the Kearney Police Department were dispatched at 2:50 p.m. Friday to 600 East 23rd Street, Emerson Place Apartments, following a report of a known female pointing a firearm at multiple people and making suicidal threats. Upon Officers arrival the subject had barricaded themselves into an apartment on the 2nd floor. Officers on scene then requested the Emergency Services Unit (ESU) & Negotiator, while making evacuations of residents from
the building and setting up a containment perimeter until both specialized units arrived.

ESU team arrived at 4:00 p.m. and made building entry while Negotiations began at 4:04p.m. with the subject. That apartment was eventually breached and less lethal chemical munitions were deployed beginning at 4:16 p.m. ESU members then made entry of the apartment at 5:05 p.m. and took 1 female taken into custody at 5:06 p.m. without further incident.

This was a joint call for service utilizing both Kearney Police & Buffalo County Sheriff’s Office. No additional injuries had been sustained by Bystanders, Residents, Officers or Suspect. This case is still under investigation