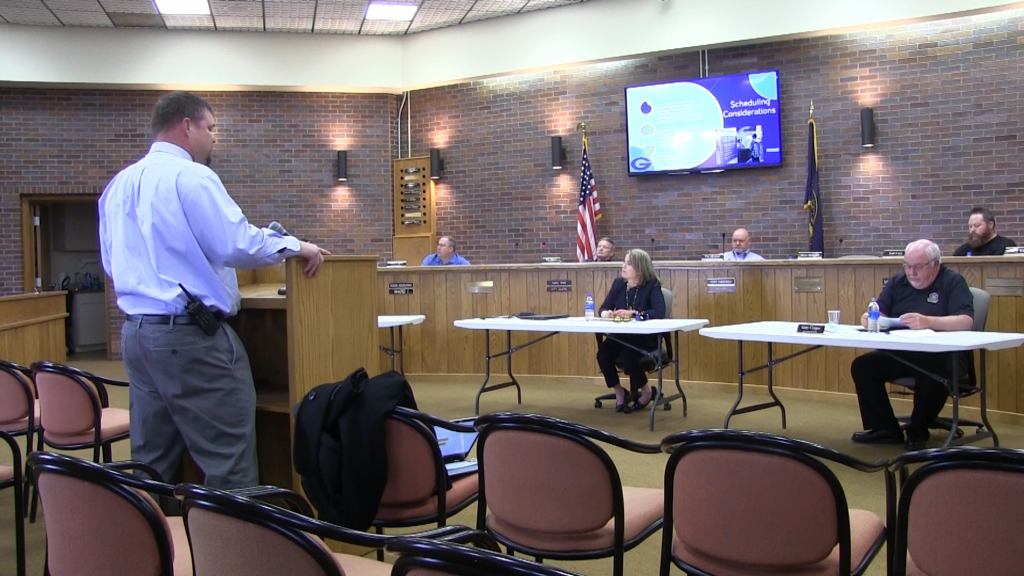 The Gering School Board this week heard details on survey results on possible changes to the High School class scheduling and the grading systems, as well as the anticipated advantages of moving to more traditional models of both. 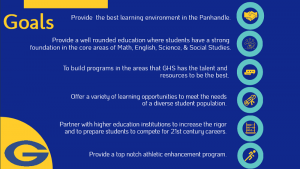 Staff explained Tuesday that among the positives of such a move would be expanded course offerings, increased dual-credit courses, including career pathways in education and public safety, as well as better course credit alignment with post-secondary institutions. 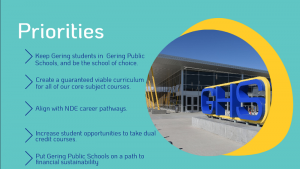 Incoming Superintendent Nicole Regan was on hand for the presentation, telling the Board she was excited for the opportunities such changes could bring, even with anticipated issues with a switch in scheduling. “It’s not about one schedule is bad, and one schedule is good, it’s about what’s best for Gering kids. In education, there are times we have to evolve, as educators we have to look at keep looking at what we can do better, “said Regan. “Our kids change, we have to change all the time, and these opportunities that Mai Lee (Olsen with WNCC) and Rocky (Schneider, GHS Principal) talked about today, I would hate to pass up for our students.

Regan said it was an exciting prospect for Gering graduates four or eight years in the future to be able to come back and say they were able to get a four-year college degree in just two years at a higher-learning institution. Under the proposal, grading would also be adjusted to a more traditional scale that also aligns better with post-secondary education. 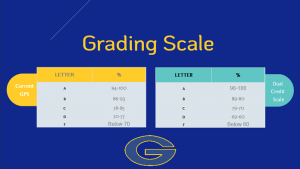 Schneider noted the high school would gain 8 classes but save 4.5 FTE positions at a savings between $247,000 and $450,000, in part by maximizing teaching capacity through partnerships. He said the scheduling change would add only 15 minutes to the school day, while giving students the opportunity to increase athletic competitiveness by allowing more conditioning sessions each week. 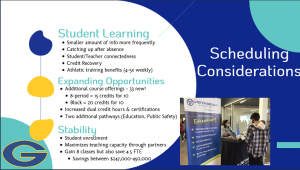 Top concerns among respondents to the survey earlier this month were split evenly between whether such a change would hurt trades programming and whether student homework would increase. 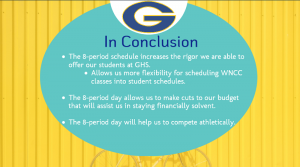 The board is anticipated to vote on the proposed change at a special meeting next week.