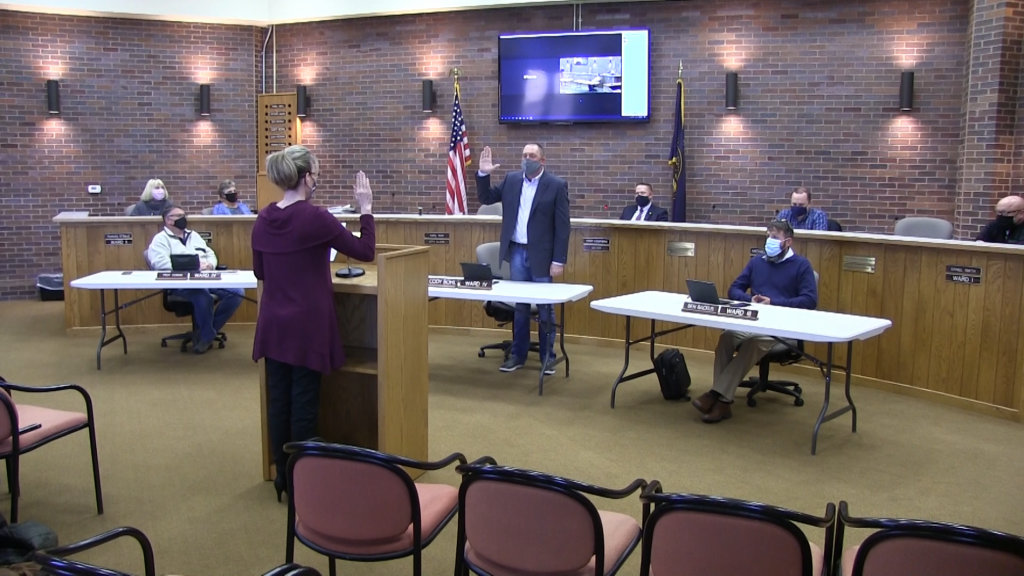 The newest member of the Gering City Council has taken his seat, as Cody Bohl was sworn-in as a Ward IV representative during Monday night’s meeting.

Bohl tells KNEB News he’s excited to step into the role, and he’s looking forward to what could the the start of something really great.

“I’m really looking forward to the next handful of months, just kind of getting familiar with policies and procedures, on-going projects that have been in the works before I got in, and looking forward to putting my input in,” said Bohl.

After taking the oath of office, Bohl was placed on the Public Safety and Public Works committees, will be Vice-Chair of the Recreation Committee and will serve as the city’s liaison to the Western Nebraska Regional Airport Authority.