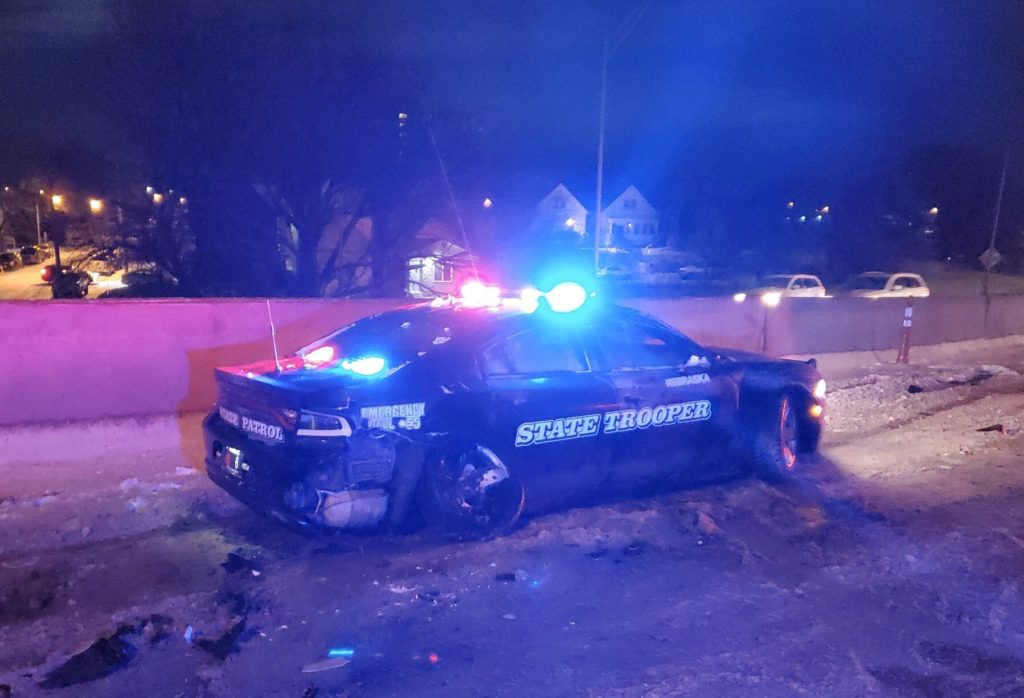 From Friday afternoon through Sunday, troopers performed 166 motorist assists, responded to 68 crashes, and assisted other agencies with 41 incidents.

While responding to a crash Friday evening, a trooper’s cruiser was struck by another vehicle. The crash occurred on Highway 75, just north of Highway 275, in South Omaha. The trooper was not inside the cruiser at the time of the crash and was unharmed in the incident. The other driver was also uninjured.

“We’re thankful there were no injuries in this crash, but it should serve as a reminder of how quickly something can go wrong in inclement weather,” said Colonel John Bolduc, Superintendent of the Nebraska State Patrol. “All drivers should slow down in poor weather, especially when approaching a scene in which emergency crews are actively working.”

Any motorist who becomes stranded while traveling can call the NSP Highway Helpline at *55 on a cell phone or 800-525-5555 on any phone. Motorists should also check road conditions before beginning travel during winter weather. The latest road conditions are available with Nebraska 511 online or with the Nebraska 511 app.