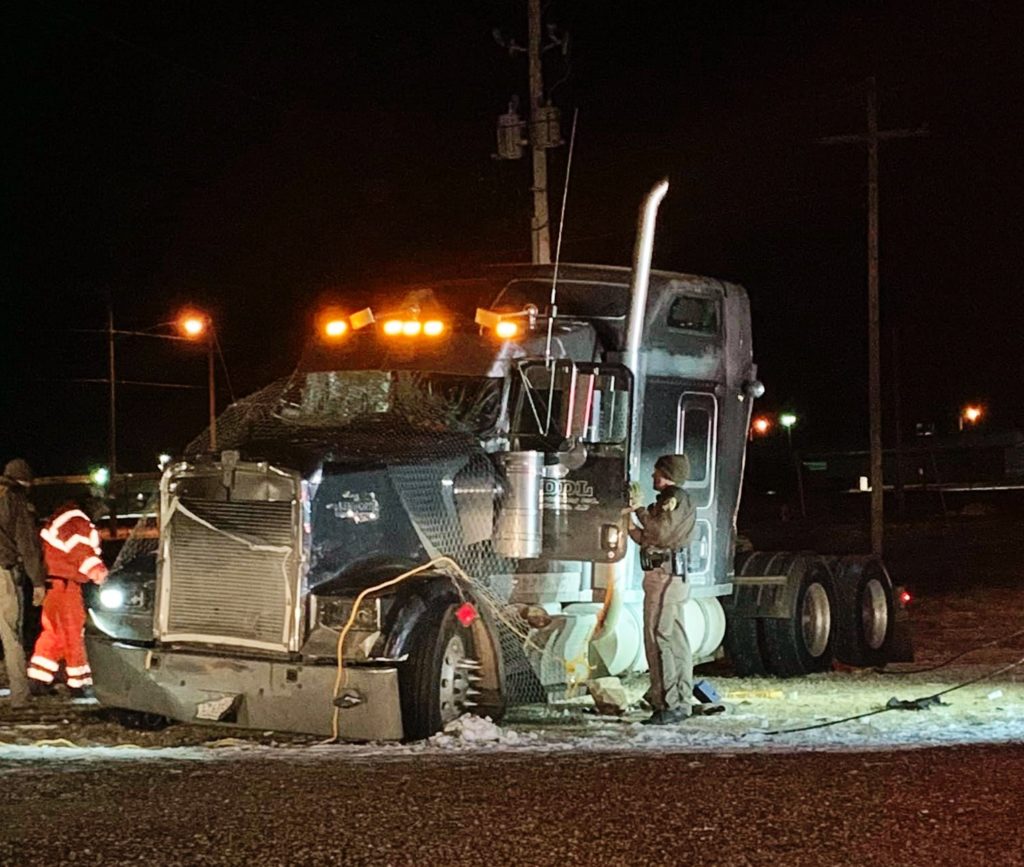 A 35 year old Canadian man is facing charges following a police pursuit in Scottsbluff that left swath of damage in its wake Wednesday night.

Scottsbluff Police Sergeant Cody Enlow says officers were called to West 27th Street and Avenue B just after 10:30 p.m. on a report of a truck having hit a pole and fire hydrant.

As they arrived they saw a flatbed trailer at the entrance to a the parking lot between San Pedro Restaurant at The Watering Hole, and gave chase to a semi tractor leaving the scene east on 27th.

Enlow says the semi continued east blowing through a red light at the Highway 26 intersection with speeds reaching more than 65 mph past WNCC.

Officers say the semi caught air east of 21st Avenue, eventually driving through a gate at Western Nebraska Regional Airport. After the semi tore through corn fields and across runways it sheared off a wooden power pole and took out several hundred feet of chain-link fencing and posts before spinning out and overturning on the passenger side.

Enlow says after a brief standoff, Henry George Funk of Alberta, Canada was apprehended, taken to the hospital for medical clearance, then lodged in the Scotts Bluff County Detention Center on suspicion of DUI, flight to avoid arrest and leaving the scene of an accident.