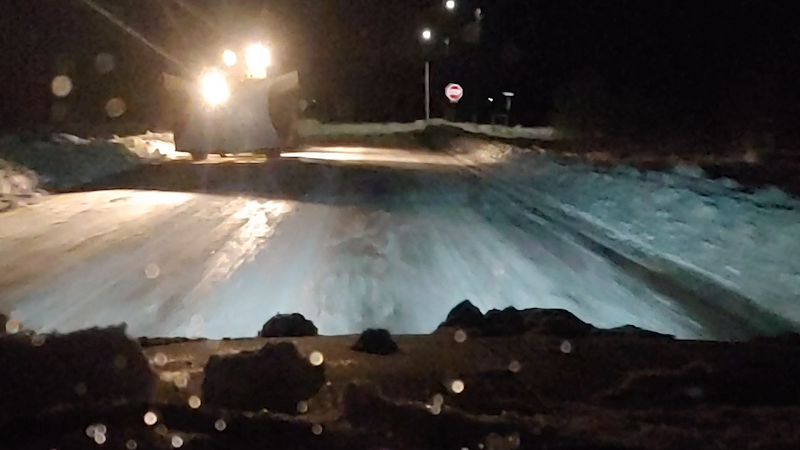 Scotts Bluff County road crews have been making progress clearing county roadways in an effort that started early on hundreds of miles of paved and non-paved roads.

Grummert says staff is hoping to get to the gravel as soon as possible ahead of any increase in temperatures. “They have that mud underneath, which makes it all that much slower. They’ll chain up the blades (road graders) and try not to tear up the roads any more than we have to,” said Grummert. “We will get through them, and will get around to (all) of them, it’s just going to take some time.”

Initial plans were set to have the crews out by 4 a.m., but improved wind conditions allowed county road crews to get out earlier.