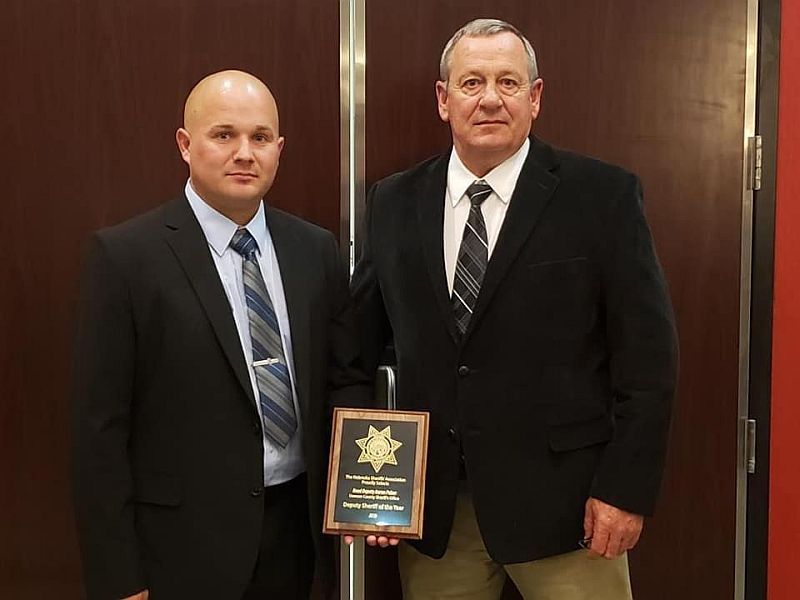 It was presented to Deputy Aaron Pelzer in recognition of his efforts in responding to a one-vehicle accident south of Cozad on July 9, 2019. The area had received nearly 6″ of rain causing water over the roadway. A car, with two occupants, overturned into the flooded ditch at the scene.

In nominating Dep. Pelzer for the award, Sheriff Ken Moody wrote that Pelzer removed his duty belt upon arriving at the scene and entered into the chest-deep water in an effort to rescue the trapped occupants inside. One of them was shortly removed from the vehicle made safe. The other patient was unresponsive passed despite CPR efforts.

Sh. Moody wrote that Dep. Pelzer entered a very hazardous and dangerous environment without his personal regard in the name of public service. During the award presentation, Cozad Police Chief Mark Montgomery was also recognized for his assistance at the scene.