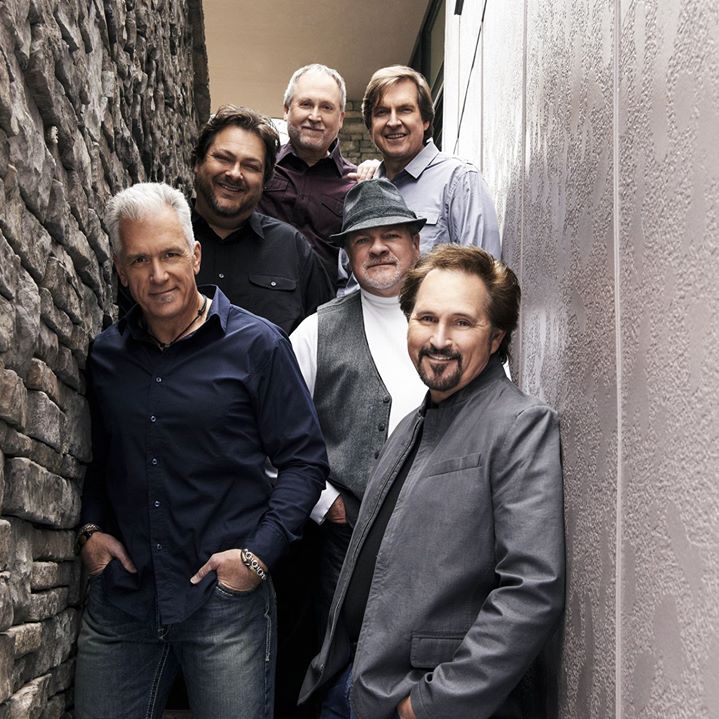 KEARNEY, NE – The Buffalo County Fair Board and Midway Auto Dealerships is excited to announce two nights of entertainment for the 2020 Buffalo County Fair! Playing in the LandMark Implement Arena on Thursday July 23rd is Grammy Award Winners & 6 Time Vocal Group of the Year DIAMOND RIO! The Nashville band has produced 10 studio albums in the past 30 years, with 22 Top 10 singles including five No. 1 hits. They have sold more than 10 million albums and won numerous awards.

Headlining on Friday night, July 24th will be Darci Lynne & Friends: Fresh Out of the Box Tour. Winning NBC’s “America’s Got Talent” at just 12-years old by the most votes for a final performance in the history of the show, singer/ventriloquist Darci Lynne Farmer impresses audiences across the country with her sweet heart disposition and undeniable, show-stopping talent beyond her years.

“The start of this year’s entertainment is great! We wanted to  bring some classic sounds to the fair with our Throwback Thursday and Diamond Rio is a perfect fit with so many incredible hits”, Fair Manager Dave Roseberry stated. “We continue to look for the right balance of variety with the entertainment we book.

Darci Lynne & Friends is a great addition to the fair lineup. She is 100% an entertainer and captures a wide variety of audiences. With these two acts for Thursday and Friday, we continue to work on Saturday nights entertainment. As well as outside stage, strolling and specialty acts and hope to announce these show in the very near future.”

An Evening with Diamond Rio Showtime: 8:00 pm on Thursday July 23rd Diamond Rio’s most recent release I Made It, is their tenth studio album. The title track was co-written by the band’s lead guitarist Jimmy Olander and features 11 new songs. Produced by Olander and Mike Clute, I Made It is available on iTunes and www.diamondrio.com Diamond Rio signed to Arista Records and in 1991 with the release of “Meet In The Middle” became the first country music group in history to reach No. 1 with a debut single. The band is also known for their hits “How Your Love Makes Me Feel,” “One More Day,” “Beautiful Mess,” “Unbelievable,” “In A Week or Two,” and more. They released their first-ever autobiography, Beautiful Mess: The Story of Diamond Rio on Thomas Nelson in 2009.

The band known for playing every note on every album recently celebrated their 30th Anniversary, has sold more than 10 million albums, won a Grammy Award,  a Dove Award, six Vocal Group of the Year wins (CMA and ACM), released two Greatest Hit albums, a live and Christmas project, earned five multi-week no. 1 singles, 22 Top 10 singles, three certified Platinum and five gold albums, released an autobiography – and with zero band member changes. Known for their charity commitments including long-time spokespersons for Big Brothers Big Sisters, the band has raised over $1,000,000.00 for non-profits and received the Minnie Pearl Humanitarian Award.

Darci Lynne & Friends: Fresh Out of the Box Tour Showtime: 7:00 pm on Friday July 24th Winning NBC’s “America’s Got Talent” at just 12-years old by the most votes for a final performance in the history of the show, singer/ventriloquist Darci Lynne Farmer impresses audiences across the country with her sweetheart disposition
and undeniable, show-stopping talent beyond her years.

Accompanied by her musical friends including a divaesque rabbit: Petunia, a shy and soulful mouse: Oscar and a sarcastic old woman: Edna. Singing through her friends helped the young entertainer find a voice inside she didn’t know she had, and helped her overcome a lifelong struggle with shyness. An Oklahoma native, Darci began
participating in talent-based pageants at a young age, and picked up
ventriloquism shortly after.

Two weeks later, Darci began tackling talent shows, eventually making it to the biggest talent show on television, NBC’s “America’s Got Talent.” Following her big win, she has been featured on NBC’s “Little Big Shots,” Food Network’s “Kids Baking Championship,” “Ellen” and “TODAY.” Her first Christmas special “Darci Lynne: My Hometown Christmas” aired on NBC on December 11, 2018 and, in January 2019, Darci returned to the America’s Got Talent stage for AGT “The Champions” and won second place! Darci and her friends are continually on the road bringing smiles to audiences across the country.