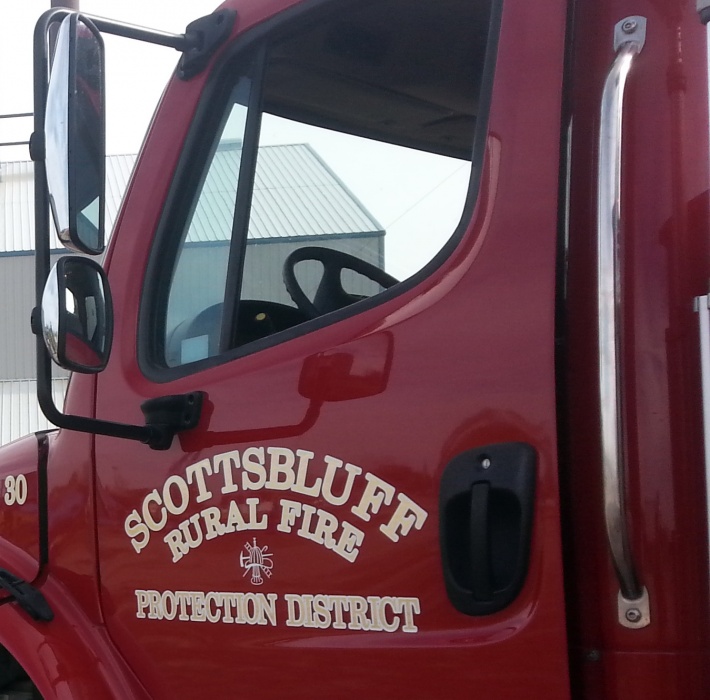 Issues with a chimney for a woodburning stove has been named the cause of an early Sunday Fire that destroyed a house west of Scottsbluff.

Scottsbluff Rural Fire was called to 190292 KOLT Lane shortly after midnight, with Scottsbluff Fire having been called to the Hunts Acres area due to the smell of smoke, and Gering dispatched to provide mutual aid.

Scottsbluff Rural Fire Chief Paul Reisig tells KNEB News the house was fully involved upon arrival, with several nearby trees on fire.  Reisig said due to a narrow road into the location, about 1,600 feet of high pressure hose and three pumper trucks were used to get about 30,000 gallons of water from just off Highway 92 to firefighters at the structure.

Fire crews were on scene for about six hours, with two minor injuries involving responders, according to Scottsbluff Fire Marshal Anthony Murphy.  One Scotts Bluff County Sheriff’s deputy was treated on scene for minor smoke inhalation and one firefighter received first aid for debris in their eyes.

Murphy says the fire was ruled accidental, started by the use of a woodburning stove with an incorrectly installed chimney. He says the home had undergone a remodel 2 years ago and the chimney hadn’t been extended through the new gabled roof.

Reisig says no one was home at the time of the fire, as it had intermittent occupancy, the house was a total loss and damage to contents was valued at $5,000.