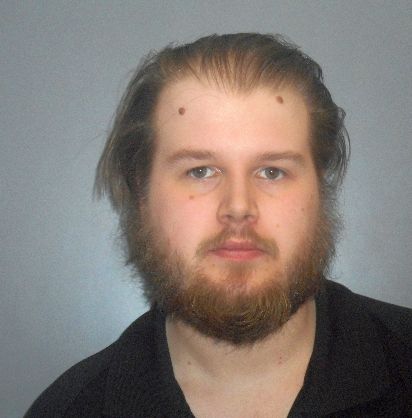 United States Attorney Joe Kelly announced that Dylan Hedrick, age 26, of Elwood, Nebraska, was sentenced today in federal court in Lincoln for Producing Child Pornography.  Chief United States District Judge John M. Gerrard sentenced Hedrick to 198 months’ imprisonment.  There is no parole in the federal system.  Hedrick will begin a 10-year term of supervised release upon his release from prison and will be required to register as a sex offender.

An investigation was initiated against Hedrick following reports from Facebook about chats that Hedrick was engaging in involving the transmission of child pornography. An investigation by Homeland Security Investigations and the Nebraska State Patrol revealed two international victims and one victim in the United States who Hedrick had engaged in communications with over the internet. The minors lived in Thailand, the Philippines, and California.  The victims were between the ages of 12 and 16. Hedrick initiated contact with the minors through online chatrooms before they began engaging in private communications over Facebook, Skype, Kik, or Discord. Hedrick would misrepresent his age to the victims. He told one of the victims that he had romantic feelings for her and that she meant “enough to risk jail” for and that he wanted to bring her to the United States. The private communications between Hedrick and the victims turned sexual and Hedrick would request the victims to send him nude images and videos, videos of them performing sexual acts on themselves, or would engage in video chats where Hedrick and the minor victim would perform sexual acts on themselves for the gratification of the other. Hedrick paid one of the victims for these chats using online gift cards. With a different victim, Hedrick also used an application to remotely access the victim’s webcam to watch her. Hedrick would then save or screen capture these images or videos that he received from the three victims. After Hedrick was contacted by law enforcement, his phone was searched and sexually explicit images and videos of the three victims were located.

United States Attorney Joe Kelly commented that the actions of Hedrick and similar predators on the internet serve as a reminder to parents to be vigilant about the online actions of their children.

This case was brought as part of Project Safe Childhood, a nationwide initiative to combat the growing epidemic of child sexual exploitation and abuse launched in May 2006 by the Department of Justice. Led by United States Attorneys’ Offices and the Criminal Division’s Child Exploitation and Obscenity Section (CEOS), Project Safe Childhood marshals federal, state and local resources to better locate, apprehend and prosecute individuals who exploit children via the Internet, as well as to identify and rescue victims. For more information about Project Safe Childhood, please visit www.projectsafechildhood.gov.

This case was investigated by the Nebraska State Patrol and Homeland Security Investigations including the North Platte office as well as HSI offices across the United States and internationally.