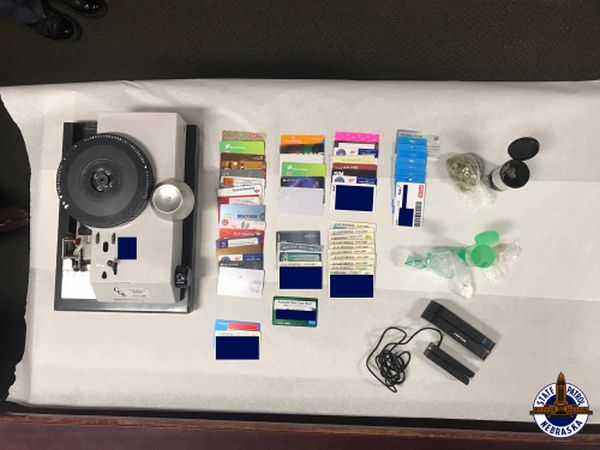 Norfolk, Neb. — Aug. 5,  2019 Troopers with the Nebraska State Patrol (NSP) have arrested a California man following the discovery of multiple controlled substances and fraudulent credit cards and identification cards during a traffic stop in Stanton County.

At approximately 11:15 a.m., Sunday, a trooper observed a Nissan Rogue speeding on Highway 15 near Pilger in Stanton County. During the traffic stop, the trooper detected the odor of marijuana coming from inside the vehicle.

A search of the vehicle resulted in the discovery of methamphetamine, marijuana, unknown pills, drug paraphernalia, approximately 40 fraudulent credits cards and identification cards, and forgery equipment.

The driver was not involved in the fraudulent activity. He was cited for speeding and released.