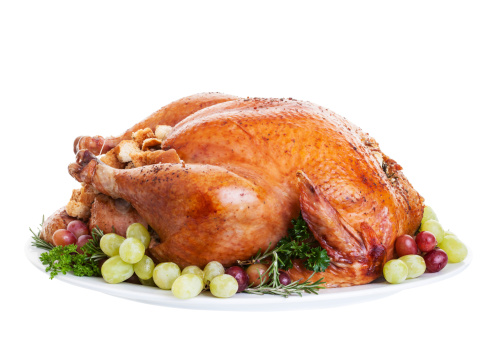 The centerpiece on most Thanksgiving tables, the turkey,  costs slightly less than last year, at $20.80 for a 16-pound bird. That’s roughly $1.30 per pound, down four percent from last year. Survey results show retail turkey prices are the lowest since 2010.

Although the overall average cost of the meal was about the same this year, there were some price changes for individual items. In addition to turkey, foods that showed slight price declines include cubed bread stuffing and canned pumpkin pie mix.

Foods showing modest increases this year included dinner rolls, sweet potatoes and milk. Meanwhile, despite the growing popularity of prepared foods, 92 percent of Americans celebrate Thanksgiving at home or at a family member’s home and most cook their entire meal at home, according to the survey.