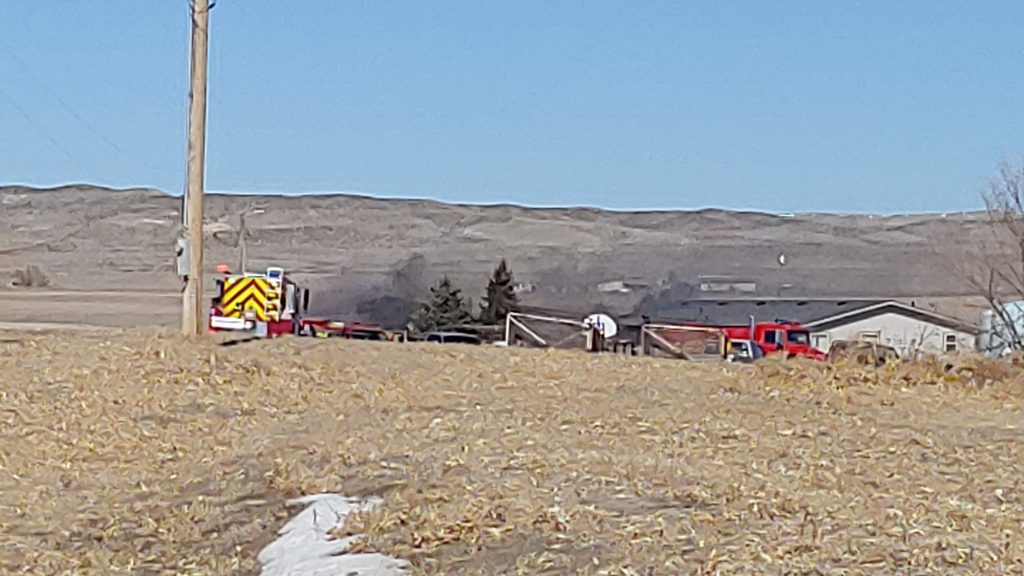 A farm shed was lost in an accidental fire Tuesday afternoon northeast of Scottsbluff on Lake Minatare Road.

Reisig tells KNEB News it took a lot of firefighter activity to subdue the flames inside with 60′ x 30′ structure, with five trucks and 13 personnel, and Minatare Fire provided mutual aid with a truck and three firefighters.

He says no one was injured, and a nearby house and hog barn were undamaged, with no losses among the stock.

State Fire Marshal Ryan Sylvester was called in to investigate the cause which has yet to be officially determined, but Reisig noted one of the homeowners was doing some metal work inside the shed at some time before the fire started.

Loss was estimated at $100,000 to the shed and contents, which included a tractor, pickup and a number of other items.