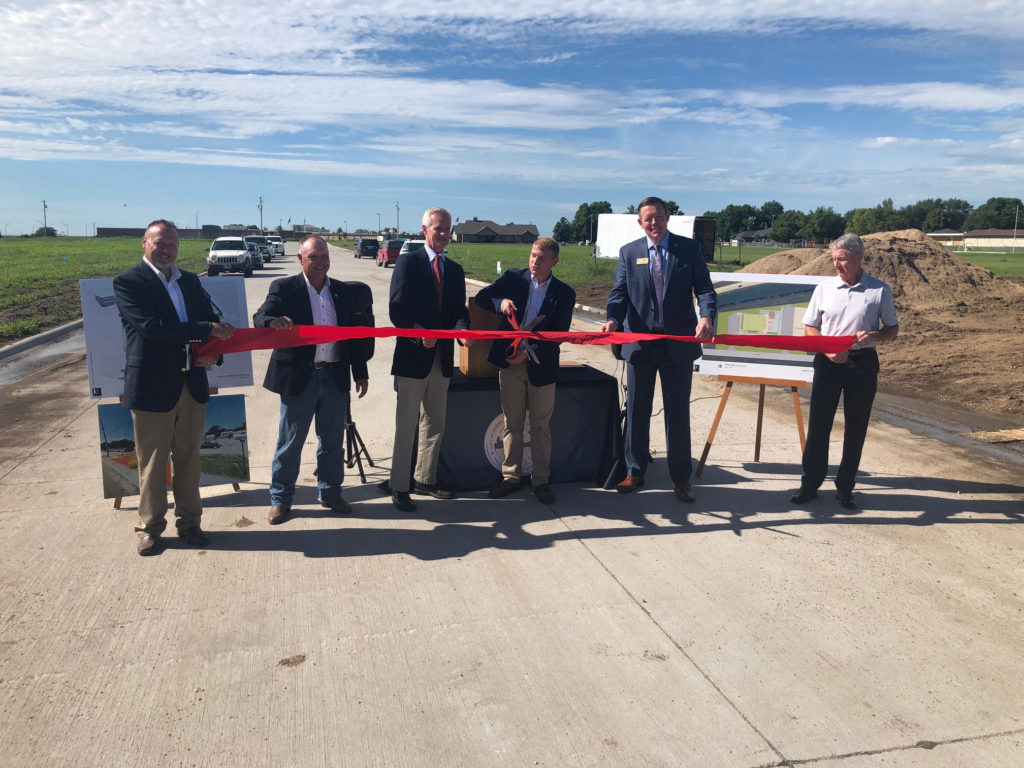 KTMX/KAWL Photo-Evan Jones: On August 12th Mayor Kamler (Cutting Ribbon) and the town of Geneva broke ground on 19th Street for improvements and also to revitalize the downtown entrance.

GENEVA- The community of Geneva is set to have improvements done on 19th street in town and the focus is on housing. With the empty lots on that street, they have plans to put up 12 new houses to help with the growth of the town. Mayor of Geneva Eric Kamler, who took over the position nine months ago says that proof of success is already there, but there’s an opportunity for growth.

Kamler also stated that the homes will be affordable mid-range priced homes. To go along with the housing on 19th street Kamler says a new community center will be established as well.

The Community Center plans to be finished in one-and-a-half to two years.

But Geneva isn’t stopping there. Construction will begin on September 1st on the downtown entrance in Geneva. Thanks to a downtown revitalization Community Development Block Grant from the Nebraska Department of Economic Development, 1/3 of the cost is taking care of with that so the community has the funding to go through with the project. Mayor of Geneva Eric Kalmer says that the new entrance will be iconic.

Kamler also mentioned this project is the biggest thing to have had happened to downtown in decades.