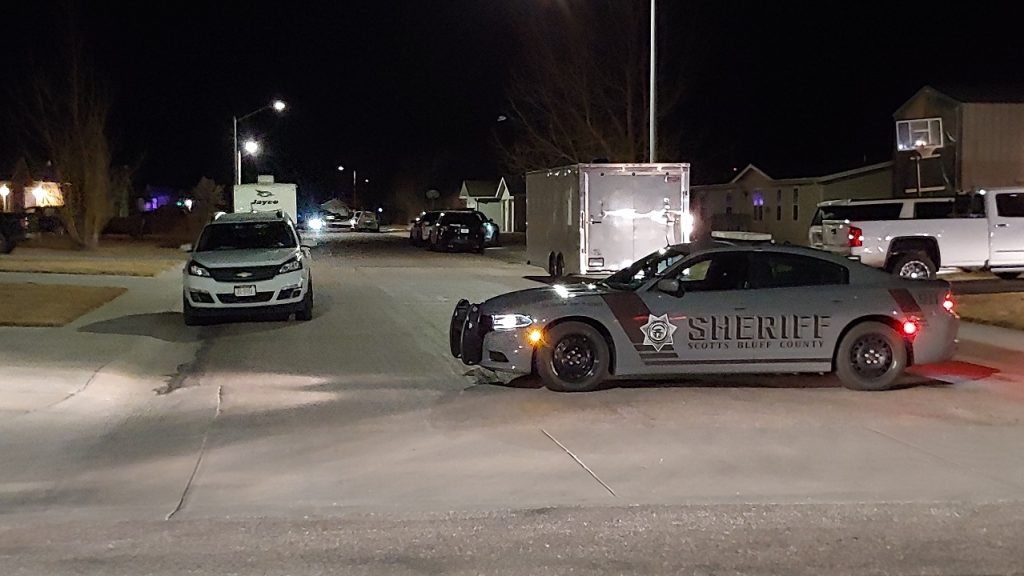 A 41-year-old Gering man has been arrested following a domestic disturbance that turned into an hours-long standoff this week.

Court documents say Gering Police were dispatched to a home on Pappas Boulevard shortly after 6 p.m. Monday after receiving a report that a man inside had a handgun and was going to kill himself.

A person who was inside the home told officers that Donovan Santos was intoxicated and got into an argument that quickly escalated. He reportedly went to the basement and grabbed a gun, and said ‘if cops showed up, he would kill them and then himself.’

Negotiators attempted to contact Santos inside via cell phone, but he did not respond. After more than two-and-a-half hours, law enforcement pulled back and ended the perimeter security.

A warrant for Santos’ arrest was issued on Tuesday, and Santos was taken into custody that evening at the residence by members of the SWAT team. Gering Police transported him to the jail and he was booked in.

He is charged with Terroristic Threats, a Class 3A Felony, and 3rd Degree Domestic Assault. Santos is scheduled to be arraigned on those charges Wednesday afternoon in Scotts Bluff County Court.