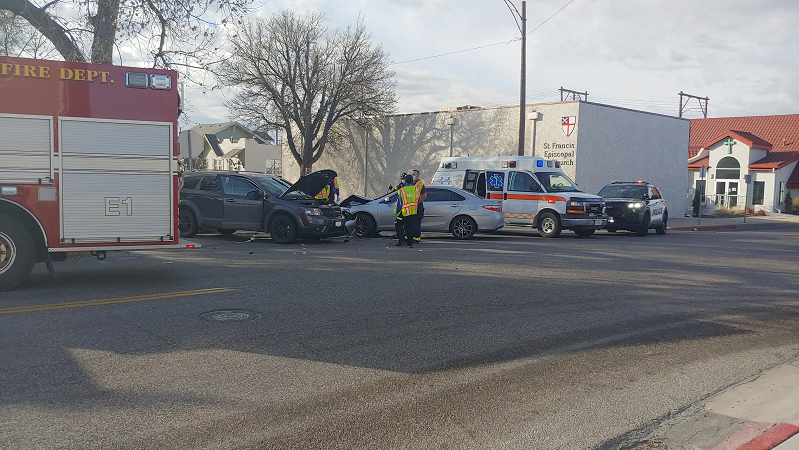 A 25-year-old Gering man was cited after he fled on foot from an injury accident in Scottsbluff Friday morning.

Scottsbluff Police Sergeant Phil Eckerberg says Jack Warren was cited for failure to yield the right of way, leaving the scene of an injury accident and driving under suspension following the collision at the intersection of 1st Avenue and E. 20th Street around 9:15 a.m.

Eckerberg says the investigation found Warren’s Toyota Camry was stopped at the intersection headed southbound on 1st Avenue, and then pulled away from the stop sign, hitting the driver’s side of a Dodge Journey driven by 30-year-old Sheila Flores of Terrytown.

Officers say Warren got out of the Toyota and ran south on 1st Avenue, but was located a short time later.

Eckerberg says Flores reported that she was injured but she declined transport by ambulance.