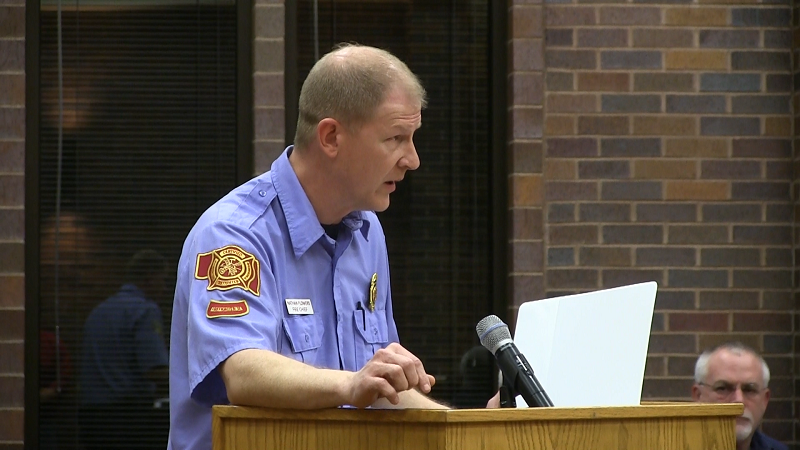 Fire Chief Nathan Flowers presented the department’s annual report to the City Council this week, noting that only 26 calls last year were fire-related with EMS accounting for 65% of the overall total.

Flowers says the average response time in 2019 was just over seven minutes, with a turnout of half that time, and says a new reporting system gets part of the credit. “It’s been a work in progress, but we’ve seen some really good use in it. We take all this stuff in the field now, so we get to see some real-time mapping, fire plans, electronic patient care records and accurate dispatch times,” says Flowers. “The immediate benefit right now is our accurate dispatch times, which affects our ISO ratings and insurance for our citizens.”

The value of property affected by fire in the Gering District was $1,386,000 with more than $1 million of that saved by the department, which Flowers called a pretty good number.