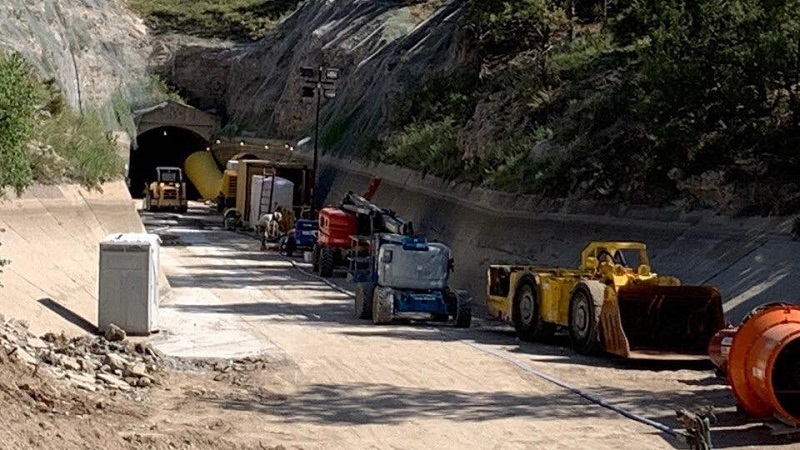 The Goshen Irrigation District says progress on the repairs to the damaged canal and tunnel in Wyoming is moving ahead as expected, with still many unknowns of the inner tunnel damage and its stability.

In a news release midday Tuesday, officials say restoration of the canal upstream of the tunnel is ongoing, with canal sides rebuilt to around 8 feet high. The final target is 15-20 feet to restore original capacity.

Inside the tunnel, workers have secured the structure to approximately 625 feet from the entrance, encountering dirt and debris from the first, and smallest, collapse.

Crews are walling up the tunnel to prevent any cave-ins or dirt collapses, allowing excavation of dirt and then pushing the wall forward while removing debris toward the second, and largest, collapsed area.

Officials say the project is moving ahead as planned without delays, but stress water restoration dates will be announced when they become available and certain, and any reports beyond official updates should be not be relied on with any guarantee of certainty or accuracy.

A second informational meeting for landowners and the public has been set for August 12th at 2pm at the EWC Auditorium in Torrington.