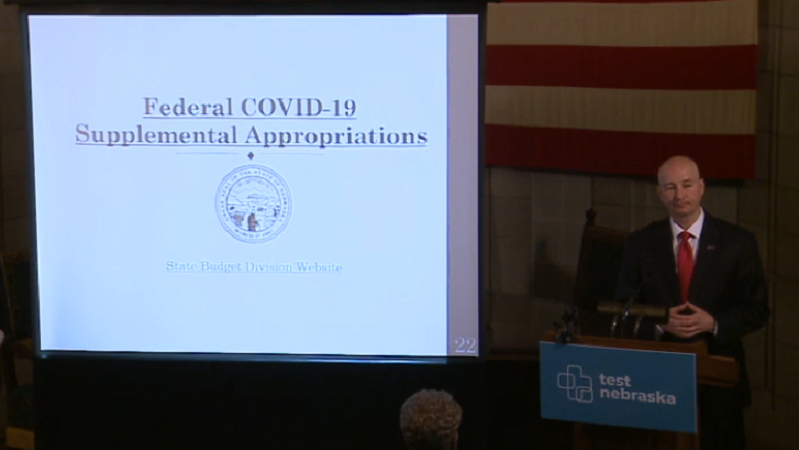 As Nebraska Governor Pete Ricketts unveiled his administration’s plan for disbursement of the $1.25 billion received through the federal CARES Act, he also detailed a requirement for counties seeking reimbursement of COVID-19 expenses.

Speaking at his daily pandemic briefing Wednesday, Ricketts said $180 million is set aside to help state government and 92 of the state’s 93 counties with direct COVID-19 expenses, such as PPE, masks, hand sanitizer and disinfection services. The state would use approximately $80 million, with the remainder earmarked for counties.

However, counties seeking reimbursements have a June 15th deadline for courthouses and other offices to be opened to the public, and on a non-appointment basis. “Look folks, our job in government is to provide services, and that’s what we’re supposed to be doing,” said Ricketts. “We do it at the state, it needs to happen at the county level as well. If counties want to make a different choice, then we’re going to reserve the money for counties who are going to be looking to serve the public in a full way.”

Douglas County will receive $166 million in direct federal payments that is taken out of the state’s overall allocation, and with the exception of the City of Omaha, political entities inside that county will not be eligible for funds allocated directly by the State. For Omaha, Ricketts said state and county officials would be working out a plan on how those expenses would be reimbursed.