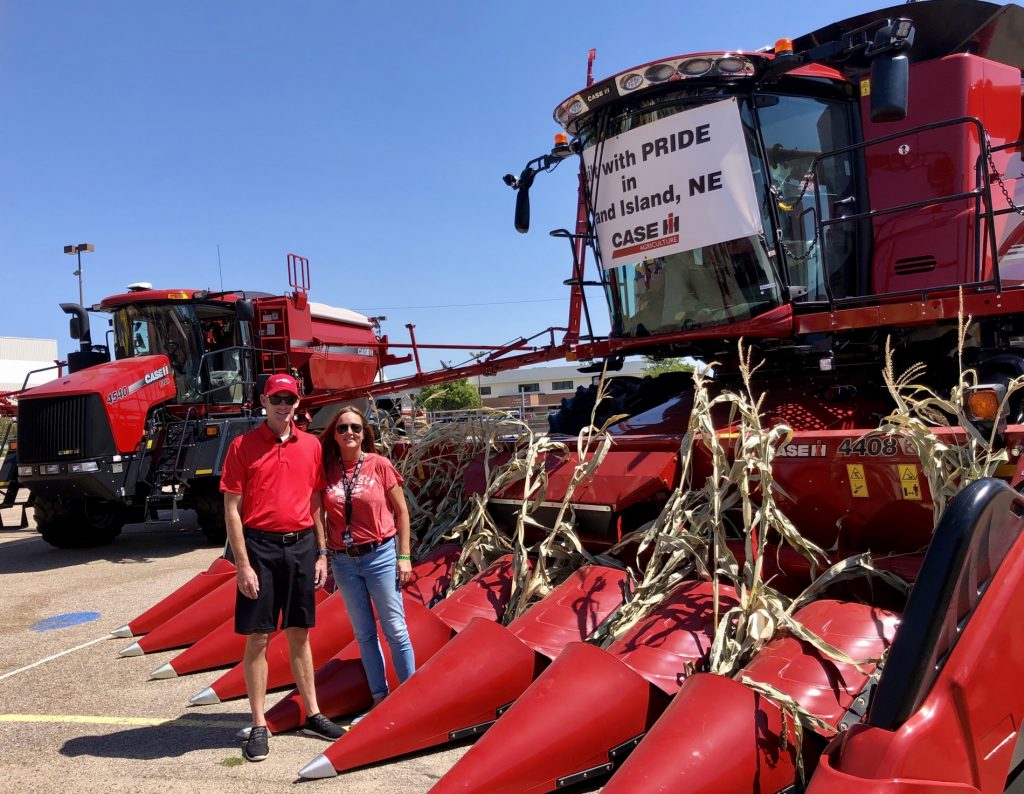 “This is so amazing to me since CNH Industrial and Case IH give so much already to our state fair. I mean, they provide tractors for our people movers, they provided combine rides with so many of their employees involved and now a $20,000 financial gift to the 1868 Foundation —it’s a little surreal,” said Lindsey Koepke, executive director of the Nebraska State Fair 1868 Foundation.

“Our plant has been all in with the Nebraska State Fair since it moved to Grand Island in 2010. Because of our 55-year history in Grand Island and the Fair’s 150 years in the state, it seemed like a perfect union to help celebrate agriculture in a big way,” said Mike Schaefer, CNH Industrial plant manager.

“The Nebraska State Fair has just begun to blossom, and as the fundraising arm to the fair, the 1868 Foundation and its’ board of directors are thrilled to receive the CNH Industrial financial gift. We are truly blessed with so many partners, not the least of which is the entire team at Grand Island’s Case IH plant,” Koepke said.

CNH Industrial has been a community partner to Grand Island as one of the community’s largest employers producing the Case IH Axial Flow and New Holland Twin Rotor combines, as well as various hay and forage equipment. It’s a source of pride for Grand Island and central Nebraska.

Stopgap bill to prevent shutdown held up over farm funding