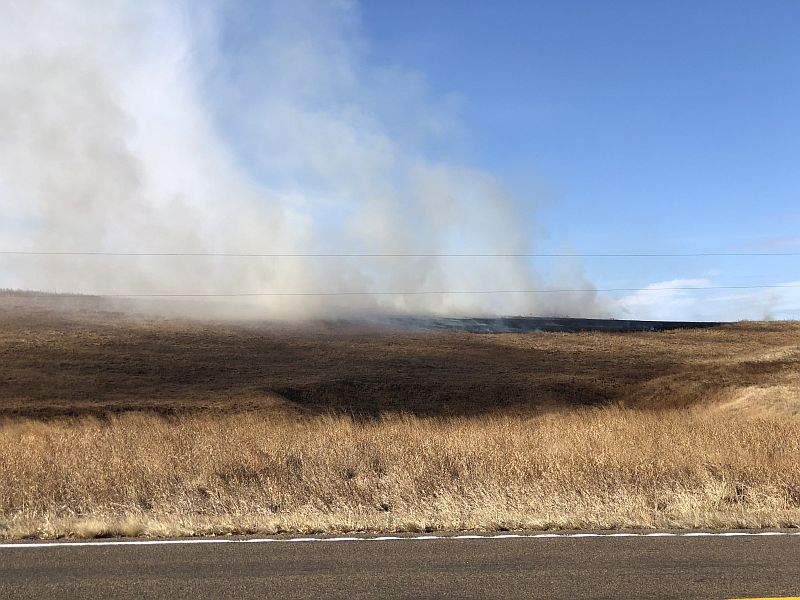 Three different fire departments responded to a grass fire Monday about 10 miles south of Broken Bow. KCNI/KBBN Radio reports the call came in around 11:15am. The fire took place on private land just to the west of Highway 21 and burned about 30 acres.

Broken Bow Fire and EMS Coordinator Andy Holland says the fire started after the land owner lost control of a controlled burn. Holland stated that the owner was burning weeds and grass under a fence line when the fire took off, due to the dry conditions.

The fire appeared to have burned out of the valley and had begun to burn over top of a nearby hill, pushed by moderate winds to the east.

Crews were able to quickly contain the blaze in less than thirty minutes. Scanner traffic indicated that crews reported back at their respective stations at approximately 1:20 PM.

Five fire trucks and one ambulance responded to the scene which included thirteen firemen and two EMT’s.

No injuries were reported.