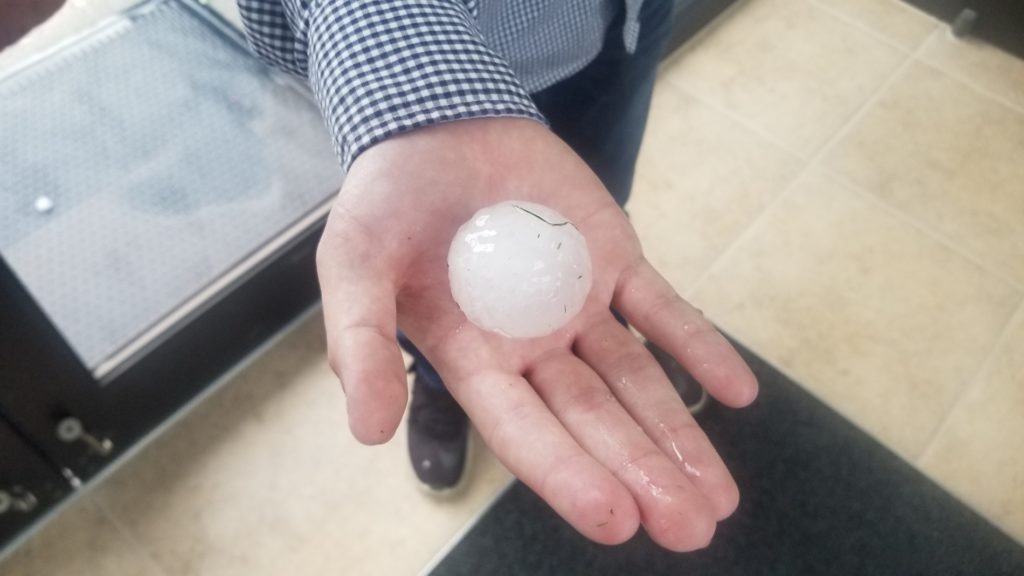 Scottsbluff, Neb. —  A hailstorm that raced over a section of western Nebraska left behind broken windows, dented vehicles and battered crops.

The storm blew in from the west Thursday afternoon and loosed hailstones reported at 2 inches (5.1 centimeters) in diameter or bigger. The National Weather Service says there were unconfirmed reports of baseball-size hail.

Damage was reported throughout Scottsbluff, but no injuries.
Western Nebraska Regional Airport director Raul Aguallo says a Skywest plane loaded for departure was hit by the hail and didn’t take off.