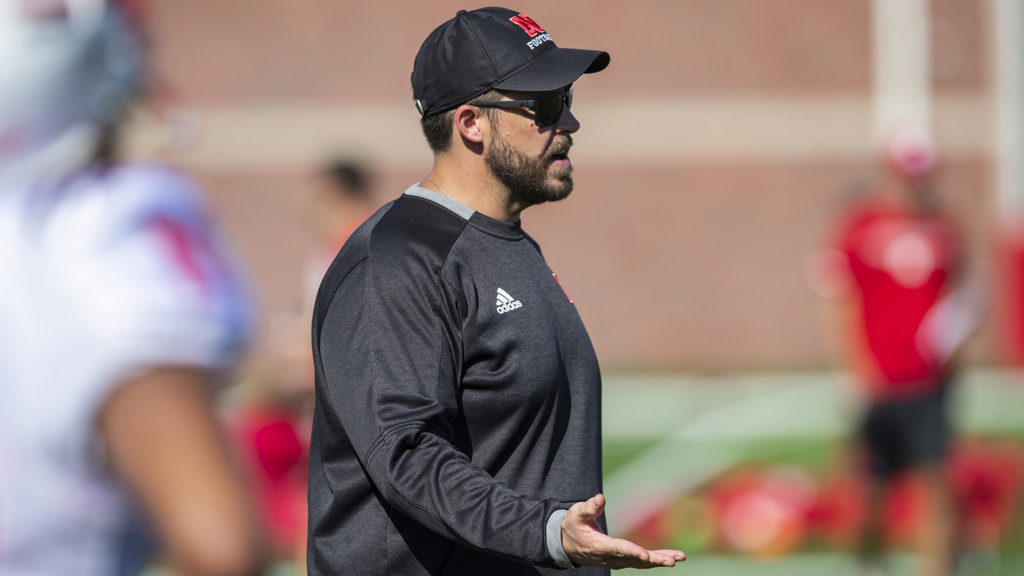 The Nebraska football team practiced inside Memorial Stadium on Tom Osborne Field for two hours Tuesday morning. Defensive coordinator Erik Chinander was available to media after practice and began his time speaking on the defensive performance against Northern Illinois, where this unit kept the Huskies out of the end zone.

“Any time you don’t let the other team in the end zone, that’s a good thing,” Chinander said. “Once again, we played good in some areas, not as good in some. We’ve got a lot of improvement to do, but I like where the guys are at. I like how they’re working. They’re not afraid to take criticism right now even though they won.”

Chinander went on to talk about the defense creating turnovers, as the Huskers lead the Big Ten and rank fifth nationally with nine takeaways.

Chinander went on to discuss facing an Illinois offense that averages just over 400 yards per game.

“They’ve got a good scheme for quarterback run,” he said. “The kid last year (quarterback AJ Bush) was a really good football player. He could almost run the football like a running back. I think the new quarterback (junior Brandon Peters) they have is a little better at working the system. He can pull it and be dangerous on the quarterback run, but he can also distribute it to where he needs to. I think he’s a little better in the pass game than they had in the previous year. They have a nice system with some difficult passes to defend and some difficult run concepts to defend.”

“They key to winning on the road is coming out really fast, which we’ve done and finishing the football game, which we haven’t done on the road,” he said. “The big focal point last week with Coach Frost was finishing the football game. That’s probably why we left some of the older guys in [against Northern Illinois]. We want to teach these kids that we have to keep our foot on the gas both offensively and defensively. We can’t be in prevent mode.”

Nebraska will continue its preparations for Illinois on Wednesday. Saturday’s game will kick off at 7 p.m. and will be televised on BTN, with the Husker Sports Network providing live radio coverage.