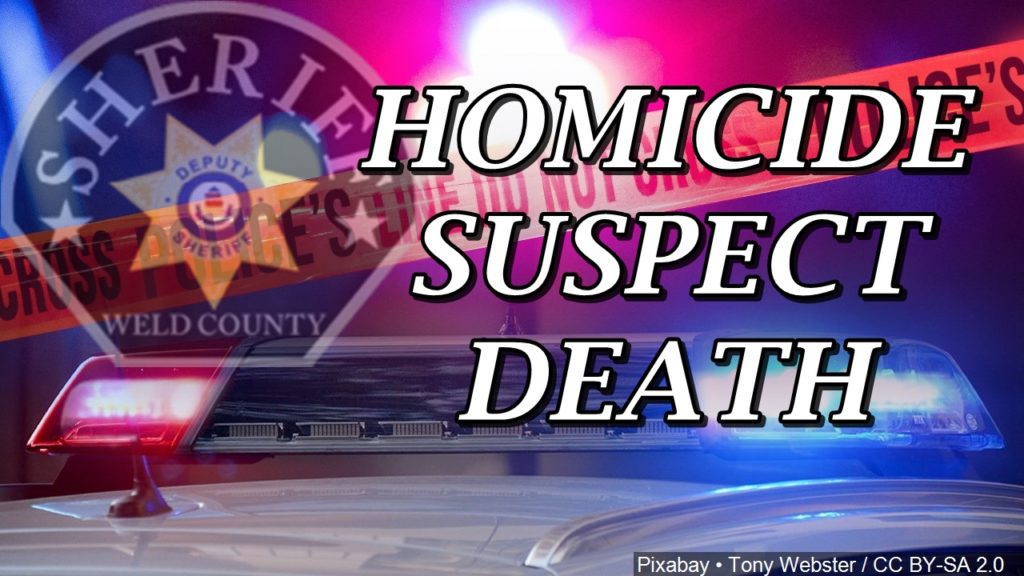 A suspect wanted in connection with an Illinois homicide and armed bank robbery has been killed in Colorado following a car chase by
police.

The Weld County Sheriff’s Office says the pursuit around 2 p.m. Sunday ended in the unnamed suspect’s death after a crash near Highway 85.

A Colorado State Patrol trooper and an Ault Police Department officer chased the vehicle, which reached speeds over 100 mph.

Authorities say the driver fired shots outside the vehicle after the crash.

The Weld County Regional SWAT Team responded and found the suspect dead next to the vehicle.

An investigation is ongoing.