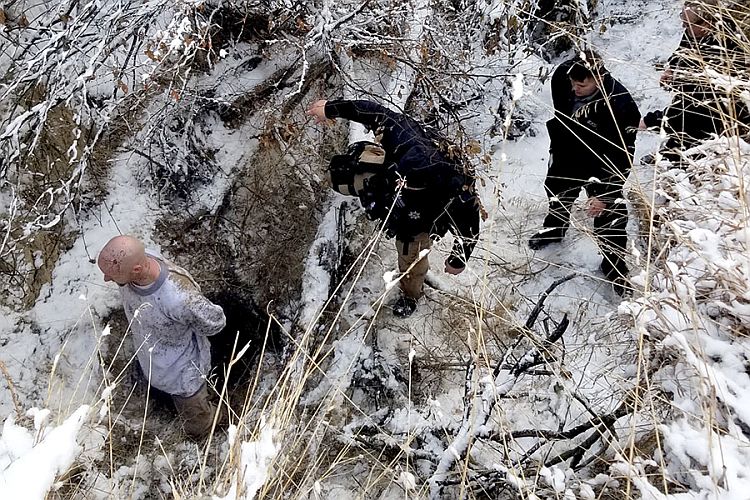 McCook, Neb. — An inmate was apprehended shortly after jumping the fence at the Work Ethic Camp (WEC) in McCook this morning. The escape occurred just before 9:30 a.m.  37 year old Ryan Lykens #76263  was taken into custody near the facility around 45 minutes later.

Staff members noticed that razor wire along the fence line at the facility had been pushed aside and followed tracks in the snow to a nearby canyon. While Lykens moved through the canyon, staff members from WEC continued their search. When they found him, he refused multiple directives to stop and surrender. Staff members then deployed chemicals (oleoresin capsicum) to gain his compliance. Shortly thereafter, deputies arrived on the scene and took Lykens into custody.

Lykens was taken to an area urgent care facility for stitches resulting from an injury he received during the escape. Two staff members received scrapes and bruises when they accidentally ran into a snow-covered fence during the search.

Lykens is currently sentenced on charges out of Dodge County including possession of a deadly weapon, terroristic threats and domestic assault. He has a tentative release date of October 31, 2020. In April 2019, Lykens was released on parole. In December he violated his parole and was returned to the custody of NDCS.

Lykens will be moved to the Red Willow County jail. Authorities will determine if he will face additional charges resulting from the escape.

The Work Ethic Camp is a minimum security facility. Inmates are able to work in the community with intermittent supervision.