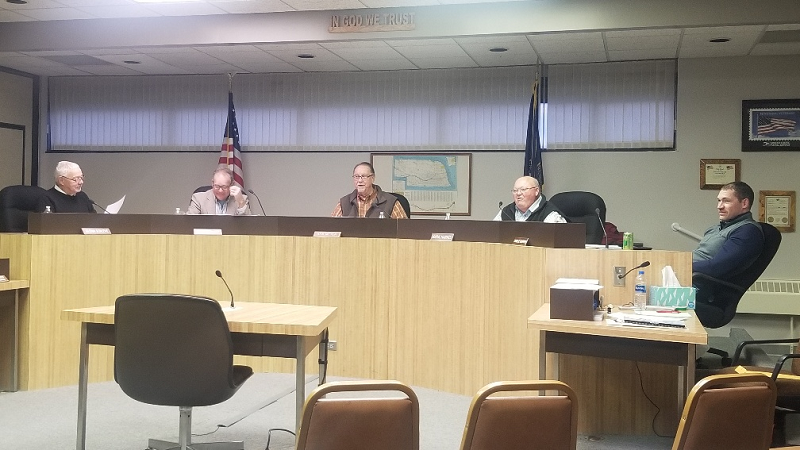 The Scotts Bluff County Board this week reluctantly approved payment of a $2,500 fee to Farmers Irrigation District to allow replacement of the Sunflower Oil Road bridge over the Tri-State Canal, the second such fee in as many years.

That project was put out to bid with the Experiment Farm Road bridge replacement, and last year the irrigation district asked for the same fee ahead of construction for legal expenses.

In an exchange with board members, Roads Superintendent Linda Grummert said there was a bigger issue, in that state law says the county shall negotiate with irrigation districts on the costs of bridge installation and maintenance.

Grummert said she’s only found one irrigation ditch bridge document for the County, while the documents are common in other parts of the state according to her discussions with the Nebraska Association of County Officials and others.

Commissioners expressed a desire to work on the issue with legal counsel to confirm the county can present a proposed agreement with ditch companies regarding cost-sharing well in advance of any future bridge replacement or repair proposals. “I’m not an attorney,” said Commissioner Mark Harris, “I’m just thinking we need someone on our behalf, Dave (Eubanks) or whatever, to search this out for especially future projects.”