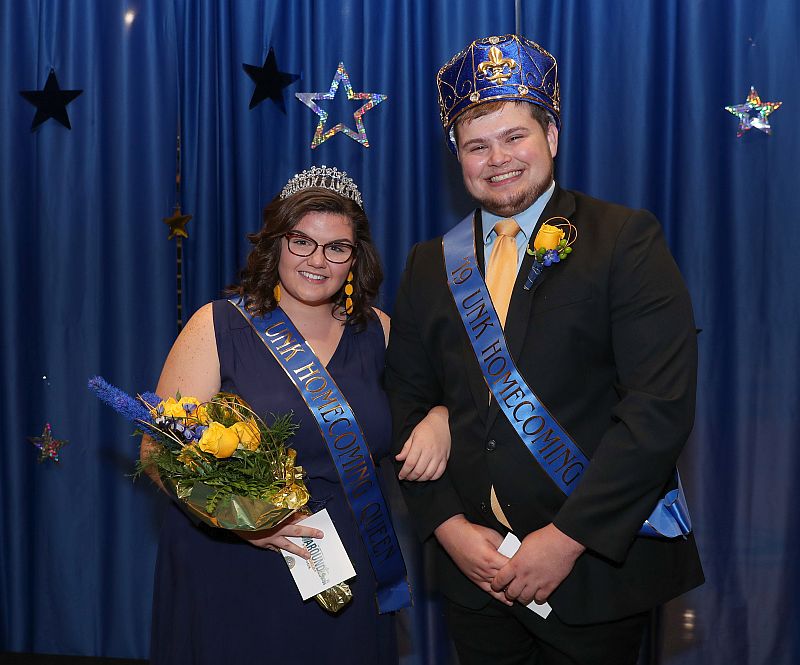 KEARNEY – Jacob Roth of Milford and Makenzie Petersen of O’Neill were crowned homecoming king and queen Thursday evening at the University of Nebraska at Kearney.

The two will oversee remaining homecoming week festivities, including the parade at 10 a.m. Saturday in downtown Kearney, and be recognized during halftime of UNK’s home football game against Northeastern State University, set for 2 p.m. Saturday at Cope Stadium.

Roth and Petersen were among eight finalists for UNK homecoming royalty selected by a student vote.

A junior sports communication major with a history minor, Roth is a member of the Loper Programming and Activities Council, a student-run group that organizes numerous events and activities for the UNK community each year. He’s also a resident assistant and a student broadcaster with the campus radio station, KLPR 91.1 FM.

Petersen is a junior 7-12 language arts education major who also serves as a resident assistant and was a New Student Enrollment leader last summer.

A dean’s list selection with a 4.0 GPA, Petersen is a member of the Sigma Tau Delta honor society and a senior adviser for the Phi Eta Sigma freshman honor society. She also participates in the Undergraduate Research Fellows program.