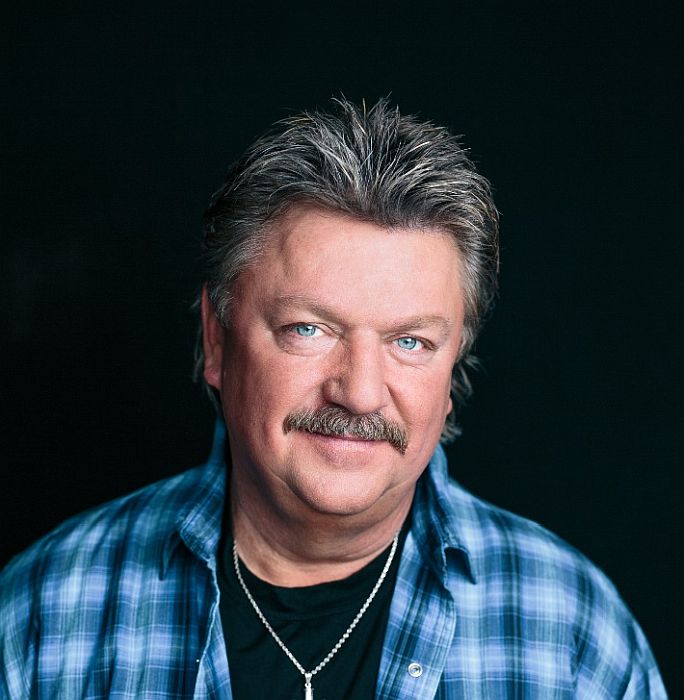 A native of Tulsa, OK, Diffie is a member of the Oklahoma Music Hall of Fame and has been a member of the Grand Ole Opry for 25 years. A star athlete in high school, he originally set his sights on a medical career, but his love for music won out and he began performing in a gospel group. He paid the bills by working in a foundry and later joined a bluegrass band before deciding to give Nashville a try. He got a job working in the warehouse at Gibson Guitars, but felt like he wasn’t any closer to making his dreams come true.

He was on the verge of moving home when a conversation with his dad changed his destiny. “The best advice I ever got was from my dad,” Diffie recalls with a smile. “He said, ‘If you don’t have a goal, you don’t have anything to shoot at. Do something every day towards your music. Write a song or play your guitar.’ I took that to heart and made sure I did something every day whether it was big or little. I remember getting out of bed one time because I had forgotten to do something towards my music. I actually got up, got my guitar and played for a few minutes and then went back to bed. I feel like that had something to do with the success that I’ve managed to achieve. I think it would apply in anything. I lived, breathed, ate and slept music all the time. I was so obsessed with it.”

By 1990, Diffie had signed with Epic Records and released his debut album A Thousand Winding Roads. His very first single, “Home,” hit No. 1. He continued to dominate the charts throughout the 90s with such hits as “New Way (To Light Up an Old Flame),” “If the Devil Danced (In Empty Pockets),” “Is It Cold in Here,” “Prop Me Up Beside the Jukebox (If I Die),” “So Help Me Girl,” “Bigger than the Beatles” and “Third Rock from the Sun.” Jason Aldean paid tribute to Diffie and namechecked many of the veteran entertainer’s classics in his hit “1994.” The video featured Luke Bryan, Thomas Rhett, Little Big Town, Jake Owen and others paying homage to the man who influenced them.

The historic Sutherland Rodeo will celebrate its 83rd year in 2020, with a slack performance on July 2, then nightly performances on the 3rd and 4th. In 2019 the Sutherland Rodeo was named ‘Large Purse Rodeo of the Year” by the Nebraska State Rodeo Association, an accolade that it has won numerous times in the past. The concert is scheduled to start following the rodeo on July 3.

Concert tickets will go on sale March first and will be priced at $20 in advance and $30 at the gate.