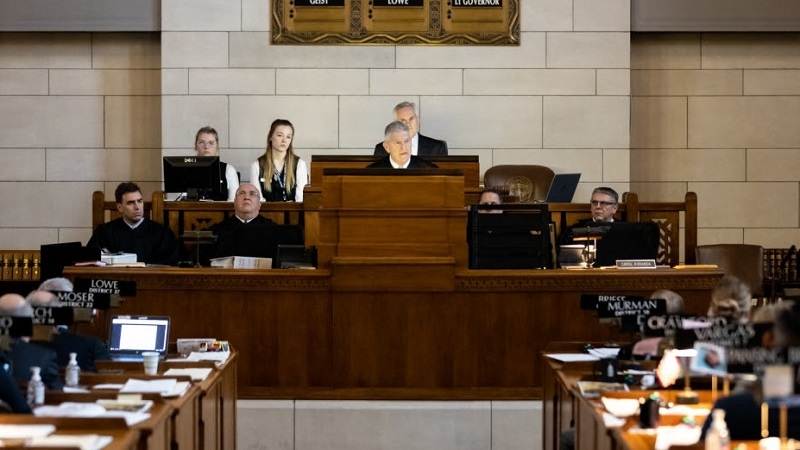 Nebraska Supreme Court Chief Justice Michael Heavican outlined the accomplishments of the state’s judicial branch in his annual State of the Judiciary address to lawmakers.

“Our Through the Eyes of the Child teams continue to work throughout the state to improve the court system’s response to abused and neglected children. There are 25 teams across Nebraska, each led by a trial court judge, working locally to improve our juvenile court system,” said Heavican. “To enhance those efforts, we also began hosting Children’s Summits in 2006 to better the lives of children and their families in our courts. This year, the Court Improvement Project hosted a Children’s Summit in Kearney. The Summit was attended by nearly 600 participants from the legal community, social services, probation, tribal members, foster parents, and the therapeutic community.”

Heavican says the courts are working to reunite more foster children with parents, help offenders with drug and alcohol addictions, and save money by having clerks serve both district and county courts.