According to the Nebraska State Patrol a car, driven by Kampmann, was traveling southbound when it failed to stop at the intersection and struck another vehicle. Three passengers in Kampmann’s vehicle were all pronounced dead at the scene. They included Donald Anderson, 20, of Overton, Karli Michael, 27 of Pontiac, Illinois, and Ziera Nickerson, 18, of Kearney. Kampmann, 20 of Elm Creek, and another passenger, Ashley Kemp, 18, of Kearney, were transported to Good Samaritan Hospital in Kearney. The State Patrol’s preliminary investigation indicated that alcohol was suspected as a factor in the crash.

On October 24, 2019, the driver of the other vehicle, 38-year-old Kasey Rayburn, 37 of Elm Creek, pled no contest in Dawson County Court to an amended charge of Driving Under the Influence- First Offense. Dawson County Judge Jeff Wightman found her guilty and sentencing for the Misdemeanor is scheduled for January 7, 2020 at 3:30pm. 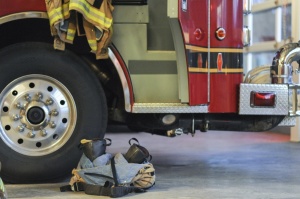