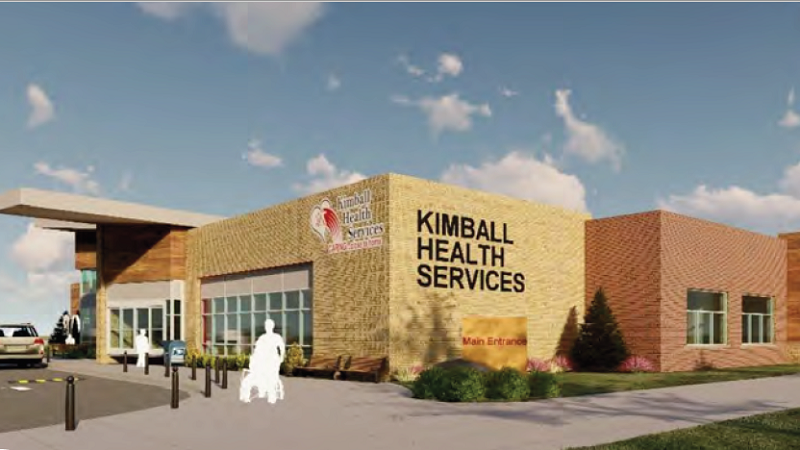 Officials with Kimball Health Services are laying the groundwork for a new hospital in that community to meet population growth expected with the pending Kimball-based missile project by the U.S. military.

Under the plan to be presented to the County Board at next month’s meeting, the $32 million project would completely renovate the 20,000 square foot former West Elementary Building, remove the east wall and add 40,000 square feet of new construction.

Hospital CEO Ken Hunter tells KNEB News the current building is ‘land-locked’ with regard to adding new space, and a new facility would double the current number of operating and emergency rooms, would offer a larger procedure room and allow the hospital to expand service offerings.

“We have an oncologist that comes down here now, but we don’t actually mix chemotherapy because we don’t have a pharmaceutical hood, and we would add that. We’d do cardiac rehab, which we don’t do now, and a number of other services,” said Hunter. “We have a board-certified hand and plastic surgeon, and we’ve become really busy. We’ve been surprised how much business we’ve had in a rural area.”

80 percent of the funding for the project would come through the USDA, with the hospital foundation seeking $3 million in private donations and the balance through hospital revenue bonds.

Hunter says they’re hoping that with Board approval, the USDA would have an answer on their application by the end of May, which would allow  some construction to possibly start as early as this fall, and hit full stride in the spring of 2022.

According to the presentation that will be made to the County Board next month, the project could have the following economic impacts, in addition to the expansion and improvement of medical services: