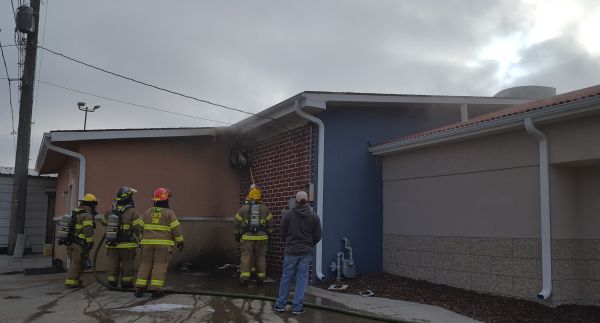 Lexington, Neb. — A kitchen fire at the Michoacan Mexican Restaurant at Jefferson Street and Highway 30 in Lexington was reported shortly before 9:30 a.m. on Friday.

Lexington Volunteer Fire Department quickly responded and found some flames and smoke in the kitchen area and near the exhaust fan.

Fire Chief Dahlas Holbein says, “it appears we kept it all to the stove and the hood range area that caught on fire.”

Holbein says firefighters doused the fire they could see, but had to continue to investigate to get it all. Holbein says the fire originated on the stove, but once it got into the hood range, with the fan on, there were worries about hidden areas the fire could spread to. He says they were able to contain it to the stove and hood range and kept the damage to a minimum.

The amount of damage hasn’t been determined. Lexington Police Officers directed traffic at and near the scene.